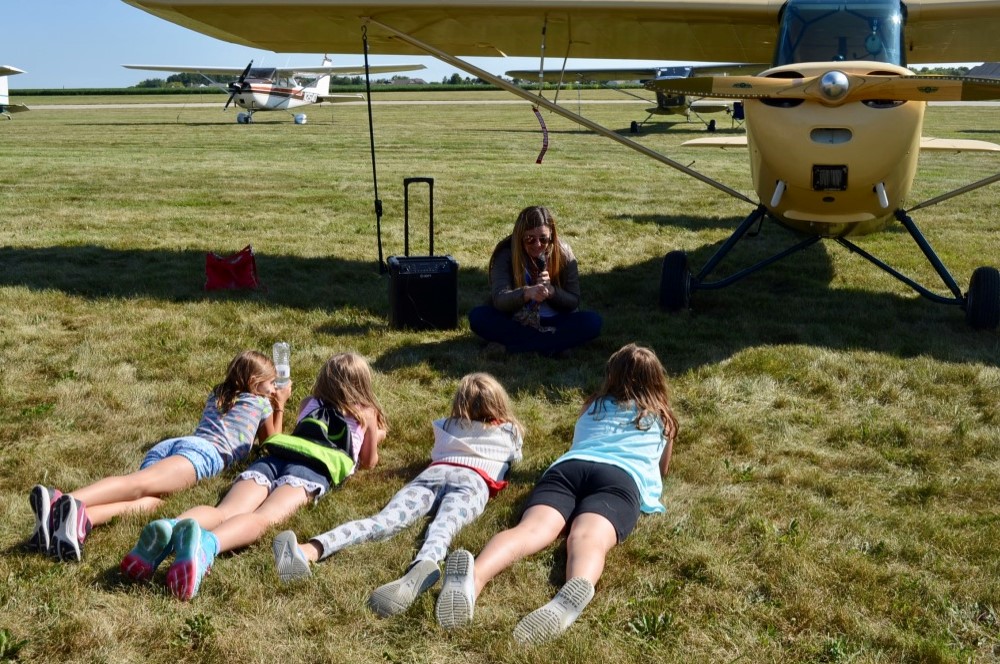 My previous post â€œFemale Millennial’s Blast Lady Pilots into the Futureâ€ hit a nerve with both sexes based on the number of calls, texts, emails and Facebook messages I received. I’ve heard enough women’s stories in the last 48 hours to assure everyone that sexual bias is still real in the world of aviation. But for those that posed the question, sexual bias is not what my post was about.

â€œBiasâ€ implies discrimination which was not my experience nor has it been a factor in my flying career – far from it in fact. The point of my post was that stereotypical assumptions exist and will only change when the number of female pilots changes, i.e. we can use a lot more women pilots!

The â€œshock and aweâ€ at seeing a woman at the controls of an aircraft, whether by a surprised man â€¦  or surprised woman, will only change when women flying is the norm. For the most part, my most memorable responses from surprised sightseers have been entertaining and left me smiling. Hopefully the outspoken and curious individuals left with a new and positive mindset about women at the stick of an airplane. Still, Iâ€™m always left wondering why a woman landing an aircraft is noticeable and worthy of conversation at all.

Which brings me back to the point of my post. Get out and fly ladies and encourage more women, young and old, to do the same. Itâ€™s a numbers game and we women are the losers.

I speak from my personal experiences and understand every woman pilot has her own story to tell. Many women have far more flying experience than me and I wonder, who am I, a private pilot, telling anybody anything? Haha, but here I go again!

Unfortunately, there are a few remaining unenlightened, ill-informed individuals with a true bias against women pilots, particularly those flying professionally.  Itâ€™s one thing to be quizzed by the counter person at a FBO about who the â€œrealâ€ PIC of your aircraft is, and it’s a completely different thing for a passenger on your commercial flight telling you heâ€™s “not comfortableâ€ flying on an aircraft with a woman pilot.  Ladies, no matter how many ratings you have, how much time youâ€™ve logged, how many aircraft youâ€™ve flown, someoneâ€™s out there waiting to offend you. When it happens, deal with it kindly, with humor, and as a learning opportunity for that individual. We all have the power to change the world, one person at a time.

Old habits die hard and the fact is, that mentality dies off with every old fart who bites the dust, albeit man or woman. Sad but true.

So Generation Y, and those before and after you, we need you. We welcome you, encourage you and are thrilled you are poised to change the world for the better, forever.