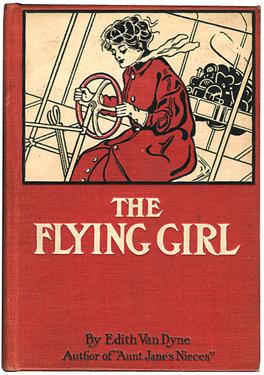 Has anyone had the pleasure of reading the book “The Flying Girl”? I came across a photo of the book today and was immediatelyÂ intrigued. The book’s hard-cover has an image of a young woman with scarf blowing in the wind, seated and flying what appears to be a Wright Flyer. How exciting – a book written before the era of Wacos, Fleets, or Travel Airs with an image of a woman pilot!

I discovered it was first published in 1911 andÂ was written by L. Frank Baum under the pseudonym “Edith Van Dyne”Â the author of The Wizard of Oz. It is “a high-flying adventure featuring intrepid girl aviator Orissa Kane. Like Dorothy Gale in The Wizard of Oz, Orissa is intelligent, self-reliant and always persevering.Â Circumstances force young Orissa Kane into the air in her brotherâ€™s innovative new airplane. But a deadly foe is intent on sending her crashing back to earth. Soar to new heights with the Flying Girl as she braves countless dangers to achieve worldwide acclaim.” 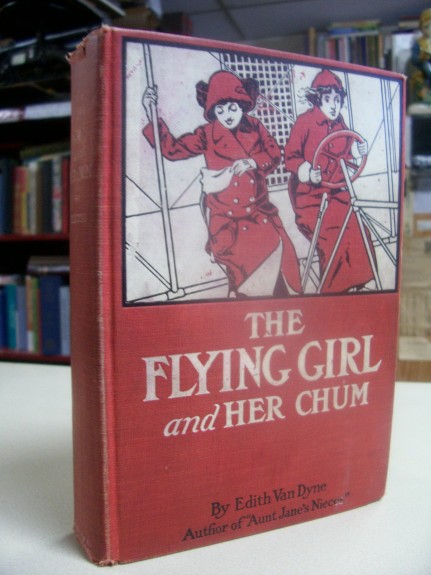 With a little Wikipedia research I discovered, “In the book, Baum pursued an innovative blending of genres to create a feminist adventure melodrama. The book was followed by a sequel, The Flying Girl and Her Chum, published the next year, 1912.”

“The first book opens with a Foreword in which Baum thanks Wilbur Wright and Glenn Curtiss “forÂ courtesiesÂ extended during the preparation of this manuscript.” Curtiss and the Wright Brothers appear briefly in the book, along with other early “aeronauts” like Walter Brookins and Arch Hoxsey. Baum’s treatment of heavier-than-air powered flight through both books is strongly affirmative.”

I find everything about this absolutely amazing…..the books were written by the author of one of the most famous books ever written, The Wizard of Oz, they portray women as competent, accomplished individuals several years before women won the right to vote in the U.S., and there is even a Foreword where Wilbur Wright and Glenn Curtiss are personally thanked.

I WANT these books! Better yet, I want them in original print! Gotta go now, Ebay’s calling my name!