The Horrific Death of a Perfect RV-8 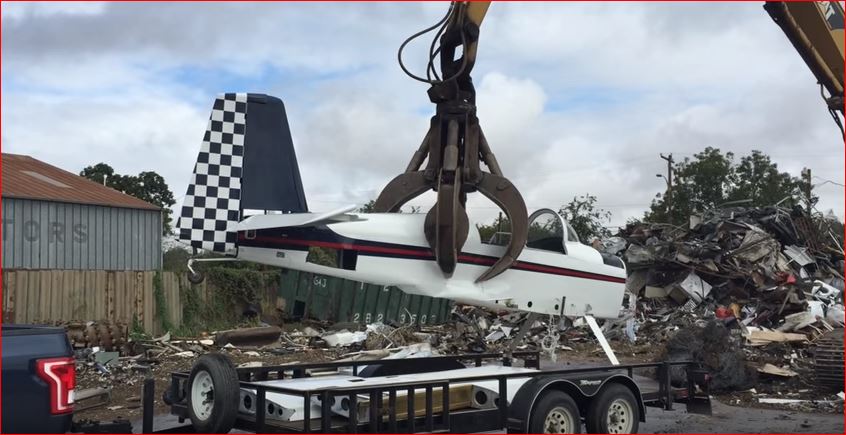 Warning: The following video will be painful to watch.

This story about the demise of a perfectly good, well constructed, RV-8 may be a hard pill to swallow. After all, its life did not end in an unfortunate aircraft accident and we can rejoice for that. No souls were lost – just one gorgeous, lovingly created, perfect taildragger. A beautiful homebuilt RV-8 completed in 2005, flown 10 years/750 hours by its builder/owner, was purposefully destroyed and noted by the owner as his “only way out”.

What? Really?! My initial reaction watching the video was to scream “You Fool!” and chalk another one up to stupidity. But gut reactions aren’t always dead-on so I watched till the end – then read the comments.

So why did the owner decide to destroy his aircraft rather than just sell it? Because he understands the world we live in. The one where lawyers representing the bereaved are looking for victims to prey on, which may include the builder-of-record on an experimental aircraft. That’s the really sad and really accurate truth. He built a great airplane, a safe airplane, but sell that airplane and all bets are off.

Like it or not, we all accept liability risk every time we latch on our seat belts and taxi towards the runway – more so if we have passengers. It’s certainly not exclusive to airplane builders. So far I’ve been able to fly away without a huge weight on my shoulders and so far I’m no worse for it. My wish is that we all can continue to enjoy the fun, the exciting, the awesome things we love to do – away from the safety of our living room sofas. And that the ‘utterly ridiculous society of litigation freeloaders’ (comment by Jim Pfarr) turn into ethical, accountable lawyers.Â It’s heartbreaking it came down to destroying the airplane. I think there were countless other options but in his defense….

“This was an incredibly hard and painful decision.Â It took him two years to make this decision about his plane. He did actually try to donate it to a couple of aviation schools in the area and the schools politely refused the offer. He also tried to donate to a local museum and was also refused.” The owner’s daughter/video producer

“At the end, it was a perfectly good airplane in an imperfect world.”-Owner.