The inside “spin” on Emergency Maneuver Training with Jeanne MacPherson

Many thanks to 2018 LadiesLoveTaildraggers scholarship winner Shalyn Marchetti for detailing beautifully what Emergency Maneuver Training with Jeanne MacPherson is all about.

Jeanne operatesÂ Mountain AirDance,Â Helena, Montana, andÂ is a past ‘Montana Pilot of the Year’, flies a King Air 90 for the State of Montana, and holds Commercial, CFII, SEL, MEL, and SES ratings. 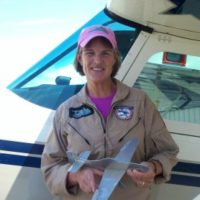 Read on for Shalyn ‘s excellent account of EMT training with Jeanne.

Iâ€™d like to begin by saying a huge thank you to Ladies Love Taildraggers, to Jeanne MacPherson, Judy Birchler, and anyone who donated to the scholarship funds. The Emergency Maneuver Training I received with Jeanne and Mountain AirDance was such a privilege and I am extremely grateful to have been given this opportunity. Not only do I feel like I became a better pilot as a result of this course, I now have yet another amazing woman pilot to look up to. 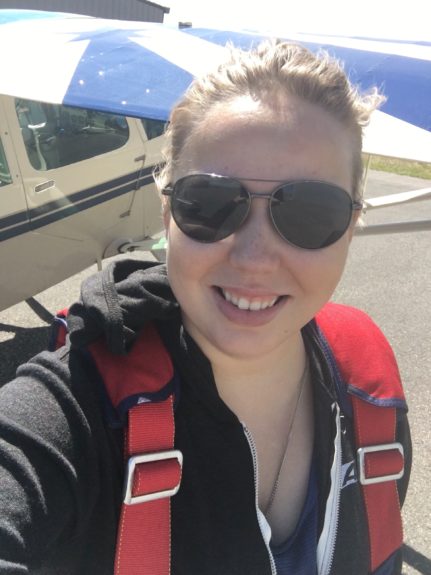 The trip began on a Friday morning, catching a flight to Los Angeles for my connection to Salt Lake City and then ultimately Helena. My layover in L.A. was quite long, and while there I began to worry about my cell phone battery dying. Eventually I decided to find an airport store that sold phone chargers. As I was walking into one such store, a young woman caught my eye. Anyone who knows me well knows that Greyâ€™s Anatomy is sort of my vice. I have long been a fan of the show, and nowâ€¦ standing in front of me was Camilla Luddington, also known as Dr. Jo Wilson on Greyâ€™s Anatomy! I know while in L.A. youâ€™re not supposed to approach the actors/actresses, however, I couldnâ€™t really help myself. I sort of word vomited at her what a big fan I was. The most interesting thing to me was how quickly she changed accents! Sheâ€™s originally British, but now works in the U.S., and she changed between the accents effortlessly. I knew meeting her was the beginning of a wonderful trip. 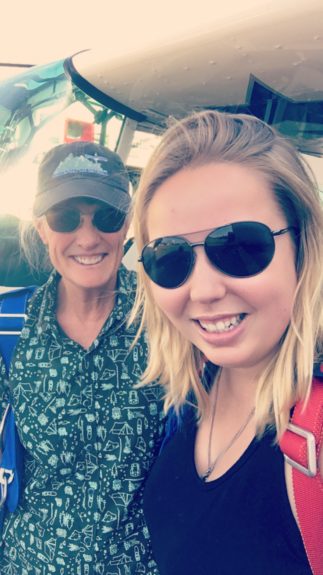 When I arrived in Helena, I was greeted by Jeanne, who had offered to pick me up, as well as stay with her and her husband Bill for my weekend in Montana. Jeanne has an absolutely beautiful house in a beautiful location; living in Phoenix for the last year, I was in LOVE with all the green around her house. We went and grabbed a yummy dinner at a local restaurant to celebrate Bill passing his
seaplane checkride earlier that day.

The next morning we went for our first flight. I had never flown a Super Decathlon before, but now, itâ€™s one of my dream planes to own. We began with the basics, Dutch Rolls. Having just completed my ATP/CTP course, I had been taught exactly how dangerous Dutch Rolls can become (there are some pretty gnarly YouTube videos), but after some work with Jeanne, I felt that I gained a much better understanding of them, and feel comfortable executing and recovering from Dutch Rolls, in all sorts of manners. We also worked on what is most pilotsâ€™ worst nightmares: a primary control failure. We started off that day working on a rudder failure. Slipping is the name of the game here, and because of Jeanne, I now feel somewhat confident that even if this happens to me, I have a much better chance of surviving. We also began working on spins that first flight. I have done spins several times previously, yet I could never fully wrap my brain around them. As in, I understood how to get in and how to get out, but it just seemed as if it was all a blur. We did a few spins and then returned to the airport. 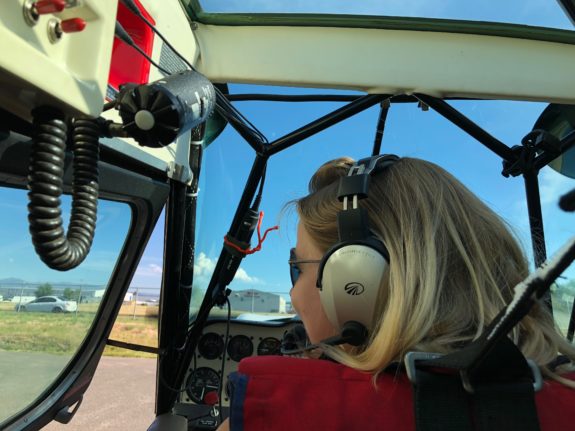 That evening, we werenâ€™t able to fly due to the wind. The next morning we headed out again. More Dutch rolls, this time both climbing and turning, and more spins. We also added aileron rolls to the mix. Some may ask, â€œWhy aileron rolls? Thatâ€™s an aerobatic maneuver, not an emergency maneuver.â€ Initially, thatâ€™s what I thought too. I was thrilled to do them, I just failed to grasp the point of it in Emergency Training. That is, until Jeanne had me read an excerpt from Sammy Masonâ€™s book Faith & Flight, in which he talks about entering some extreme wake turbulence. All pilots are taught to avoid wake turbulence, that it spins out, around, and down, but not what to do in the case that you cannot avoid it. After reading the excerpt from Sammy Mason, I came to understand that he had entered extreme wake turbulence that flipped him and his plane upside down, and a thorough understanding of the simple aileron roll helped save his life, as he was able to roll right side up again. We also worked on aileron failures during this flight. Slipping was still the name of the game.

The last flight we had was later Sunday evening. We flew several more aileron rolls, with me finally able to perfect entering and exiting on the same heading. The time I finally nailed it, I was so unbelievably excited, I wanted to scream with joy. We did more spins, aggravated this time. By adding all the elements to aggravate a spin, I quickly learned why we P.A.R.E. out of them, and in that order. Not only that, but that last flight, through Jeanneâ€™s amazing guidance, I was finally able to slow my brain down throughout the spin, to the point I was able to enter and exit all on the same heading, on PURPOSE!

The next morning was fairly bittersweet, as I said goodbye to the Helena area and goodbye to Jeanne. I must say, if anyone is interested in any back country instruction, or Emergency Manuever Training, or Spin training, or even tailwheel training, I will always highly, highly recommend Jeanne. She is an absolutely phenomenal instructor, very calm, patient, and brilliant.

Again, I would like to extend my deepest and sincerest thanks to Ladies Love Taildraggers. This was such an incredible opportunity, and I learned so much. Also, big thank you to Jeanne and Mountain AirDance for making this possible!