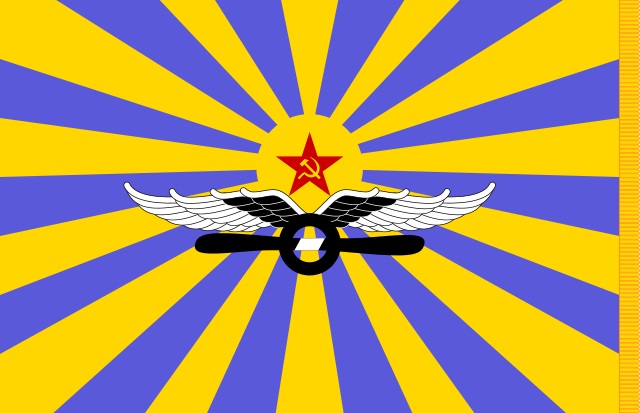 Did you know there once was a groupÂ of lady taildragger pilots who were nicknamed the “Night Witches”? What a name! I have to admit that hearing the name a few years ago instantly brought images of unscrupulousÂ women flying wickedly painted airplanes to mind. The Night Witches, “Nachthexen”Â in German, were actually Soviet female military aviators who flew bombing missions during WWII. Real combat missions. This amazing group of women came into play in 1941 after the Soviet Union was invaded by Germany and the German army was closing in on Moscow. 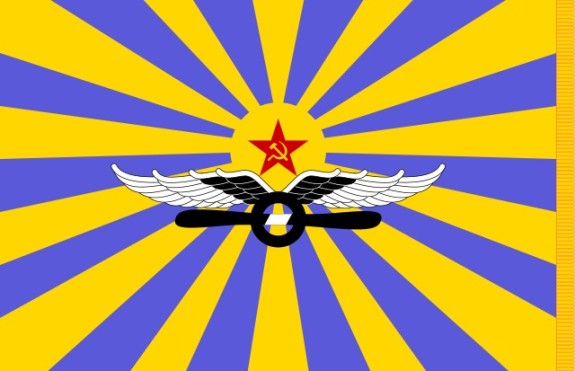 Flag of the Soviet Air Force

Seize The SkyÂ tells howÂ “in the summer of 1941 Marina Raskova, a record-breaking aviatrix, was called upon to organize a regiment of women pilots to fly night combat missions of harassment bombing. From mechanics to navigators, pilots and officers, the 588th regiment was composed entirely of women. The 588th was so successful and deadly that the Germans came to fear them, calling them Nachthexen–night witches.” 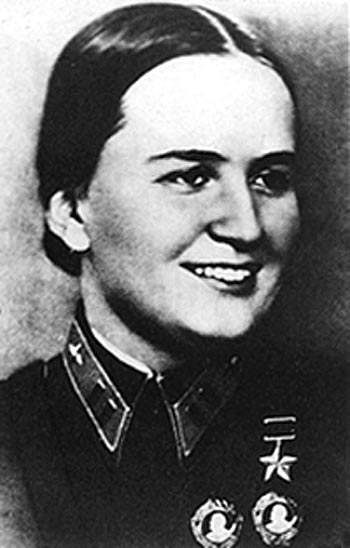 Harassment bombing is defined as “a form of psychological warfareÂ in which an enemy force is subjected to random, unpredictable and intermittentÂ small-arms or artilleryÂ fire over an extended period of time (usually at night)”. 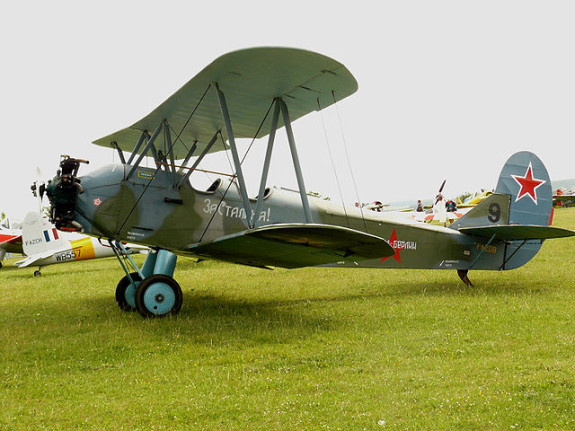 A Polikarpov Po-2, similar to the aircraft operated by the Night Witches

These ladies, 80 strong, dropped over 3,000 tons of bombs and wereÂ the most highly-decorated female unit in the Soviet Air Force. 30 of its members died in combat and each member flew over 1,000 missions. 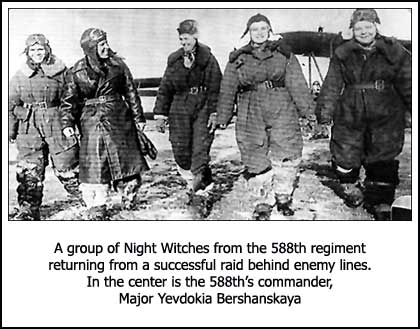 “The 588th flew thousands of combat bombing missions. They fought non-stop for months, sometimes flying 15 to 18 missions on the same night. They flew obsolete Polikarpov Po-2 wooden biplanes that were otherwise used as trainers. They could only carry two bombs that weighed less than a ton altogether. Most of the women who survived the war had, by the end, flown almost a thousand missions each.” 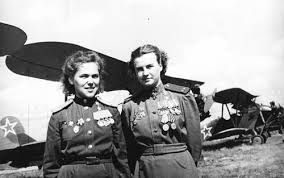 Flying an old, slow biplane against the modern-day German fighters sounds scary but did give them a few advantages points out theÂ Richmond.edu.Â “The Po-2s were slow, lightly armed, and vulnerable and the Night Witches found that they did have their advantages. The slow air speed of the plane often placed them below the stall speed of the German fighters sent to attack them. The slow speed also allowed the pilots to fly close to the ground and use trees and buildings as cover. And being biplanes the Night Witches could shut their engines off and silently glide to their targets, effectively performing some of the first stealth bombing missions. The Germans would often have no idea an attack was coming until the bombs were dropping.” 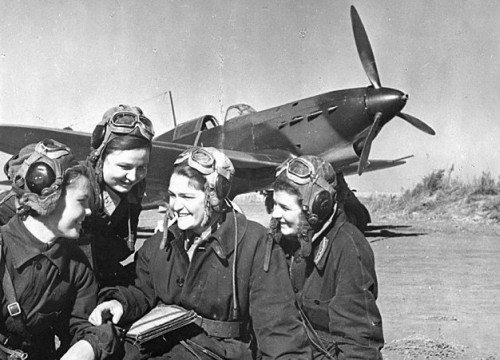 Members of the 588th Regiment 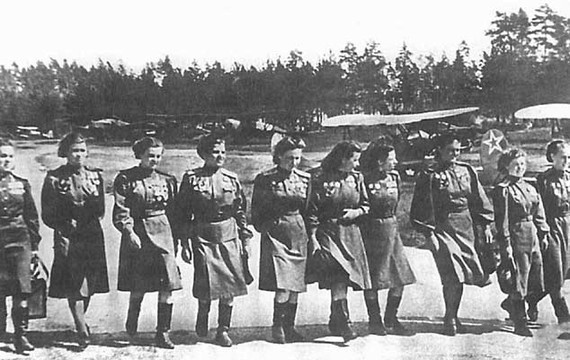 Page by Megan Garber – The women of the 588th Night Bomber Regiment, with their aircraft in the background. It was the spring of 1943, at the height of World War II.

In 1998, our own lady taildragger pilot Rhonda Miles and copilot Nikki Mitchell recreated another historic flight byÂ Marina Raskova, leader of the Night Witches. They flew their Maule M5 around the world in 49 days and landed in Moscow to re-create the flight that madeÂ Â Marina Raskova,Â Valentina Grizodubova and Paulina Ossipenko famous in 1938 – from Moscow across Russia to the southeastern tip of Siberia.

This little known group of highly capable and effective women aviatrixes, the Night Witches, is truly an important piece of world aviation history. They should not be forgotten! Â More about the Night Witches can be found on-line atÂ FreeWebs.comÂ andÂ The Atlantic.