The ultimate accolade for Champ G-TECC 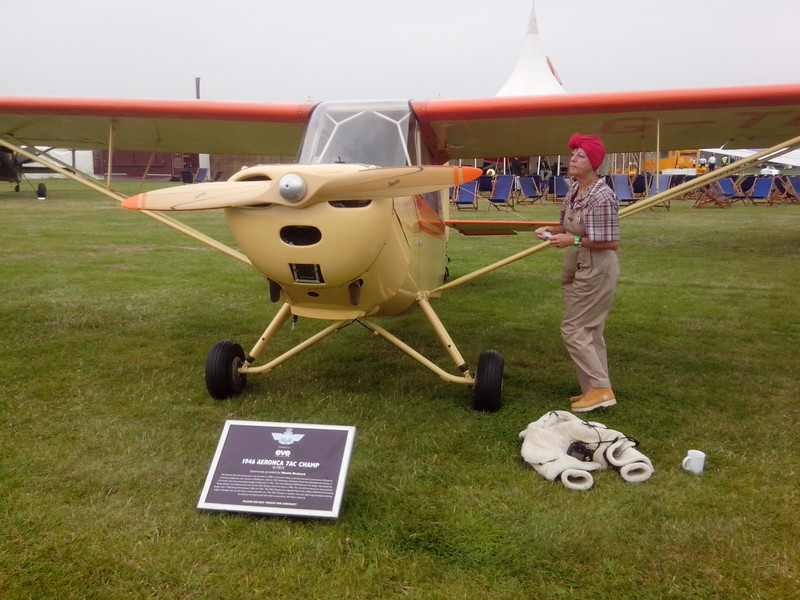 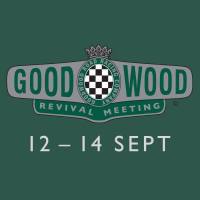 Many thanks to our own UK Aeronca Champ pilot, Nic Orchard, for sending this wonderful account of the 2014 Goodwood Spirit of Aviation Revival event. Nic is based atÂ Maypole (EGHB), United Kingdom, and with a tailwind, a 70 minute Champ flight to Goodwood Aerodrome.

Having received the ultimate accolade for G-TECC – an invitation to be part of the static display at the famous Goodwood Revival,Â Goodwood Spirit of Aviation Revival, it soon became clear that this was bigger and more overwhelming than initially thought. Getting the VIP treatment sounded rather good; being worthy of it rather more daunting. 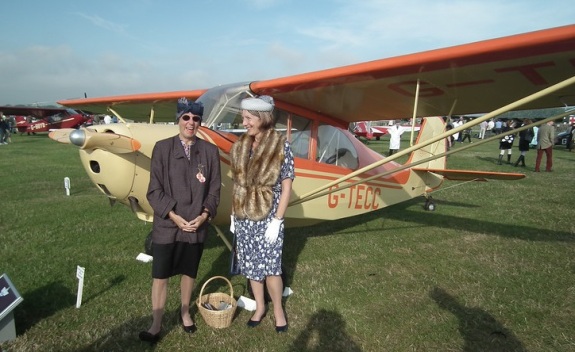 So a couple of weeks ensued, trying to find outfits for Richard and evening things for both of us, (studiously opting for evening dress, not the alternative theme of Atlantis), together with some serious titivation for ‘CC’. Just as much time was spent studying the fat wallet of instructions, passes, tickets and badges, all in period; Richard arranged to get there Thursday in the motorhome, which would join the hundreds of other campers of all descriptions, including a goodly number of those huge American race car support RVs. LHotRy* wasn’t fazed, she’s at home anywhere. I meanwhile, faced somewhat iffy visibility and twitched about until I decided I’d better just take off and see how I felt about it. It wasn’t the worst legal vis by any means, so I just carried on and arrived happily at Goodwood in a decent tailwind after only 70 minutes. That’s when the Wow started.Â  The Freddie March Spirit of Aviation is but a sideshow to the main event, in a way, but we were made so welcome and once the aircraft were shuffled into their spots and by the time we’d got chatting to other pilots, some known, many not, whilst trying to get ‘CC cleaned up again, it was time for the champagne reception. The Pilots’ Club there by the aeroplanes was a delight and did become exactly that – a club. The catering & hospitality were superb. 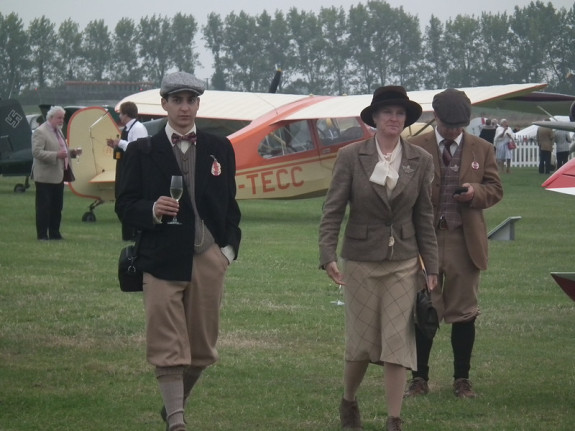 What wasn’t expected perhaps was how absorbing it all is: with 90% of participants and visitors dressing in 40s – 60s costume, the whole estate being sterile of anything post ’66 inside a defined boundary, the atmosphere was amazing. The creation of an early 60s town centre, the presence of some ‘planted’ but useful groups of mods and rockers, char ladies, St Trinians’ schoolgirls all added to the fun.Â  A very English living history. My sister lives in Williamsburg and having seen that m.o., I’d say that apart from a few years difference, it’s not a dissimilar approach! Friday, Saturday and Sunday were the public days, with the famed racing, many cars each worth millions, scarily, not that it stops them hurtling around the track. 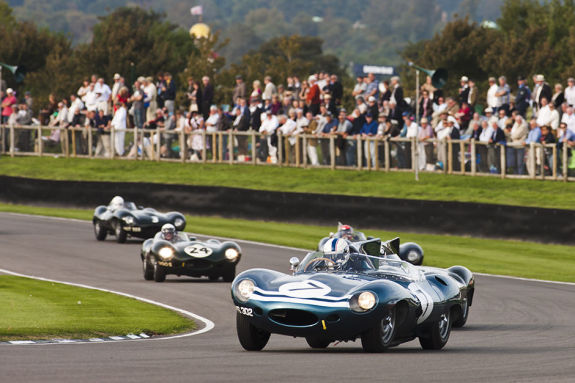 Daily displays from the BBMF included two Lancasters, which is a sight this year we have all appreciated so much.Â  The BBMF has never before made so many people get grit in their eyes as it did this summer. And never before have Spitfires and Hurricanes been so upstaged!Â  The Canadian Lanc ‘Vera’ has returned now, but her time over here made many people very, very happy. There was a sunset air display from two based aircraft before the party, with each parking right by the marquee for photo opportunities for those less well acquainted with old aeroplanes.Â  I understand the great and the good were there, plus various celebs, but I wouldn’t have recognized any of them anyway. 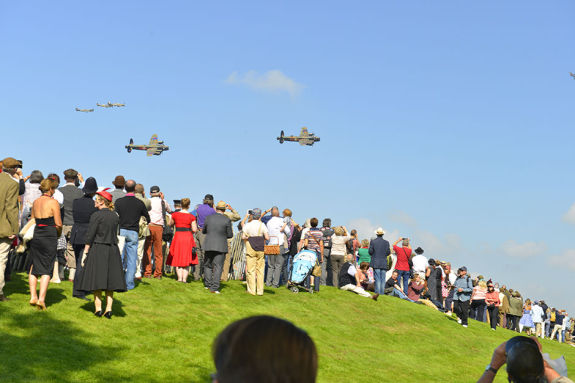 The whole weekend is seamlessly organised, itself an achievement many companies could but dream of. Every single person, from volunteers at the furthest parking inwards, was polite, friendly and helpful, many of them for in excess of twelve hours, every day. 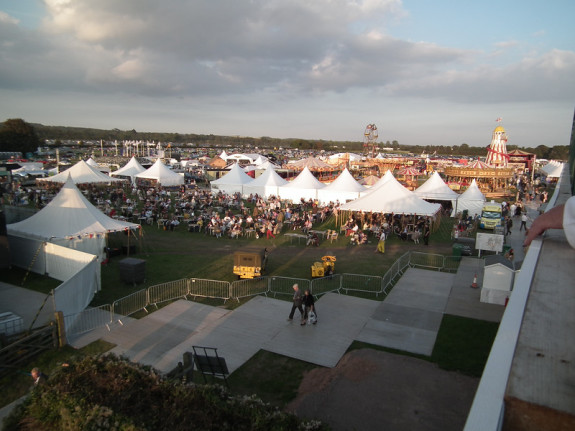 As a destination, it’s unparalleled. We enjoy flying in there occasionally (which is how ‘CC was ‘spotted’) and should any of LLT be planning a visit, I can recommend the Revival as a superior alternative to traditional British heritage. Be warned, friends who enjoyed our freebies said one day is just not enough. 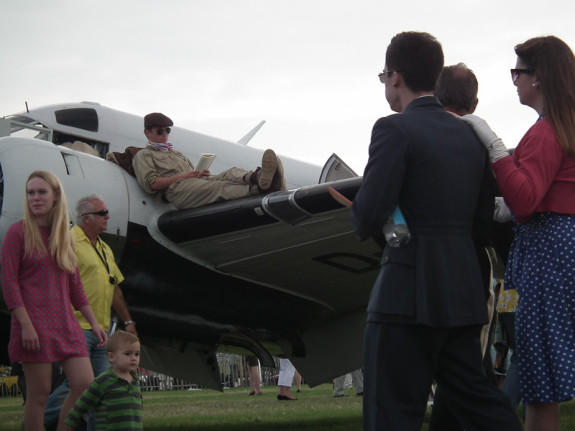 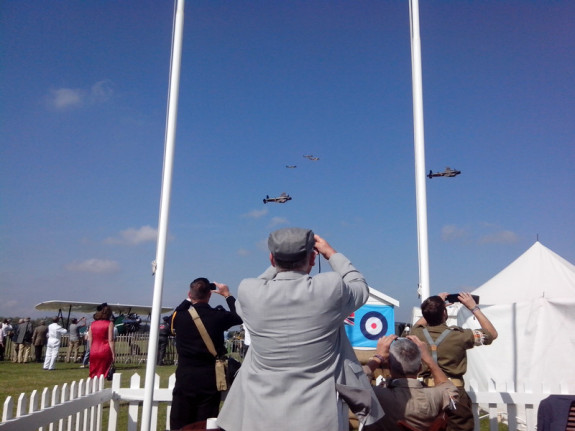