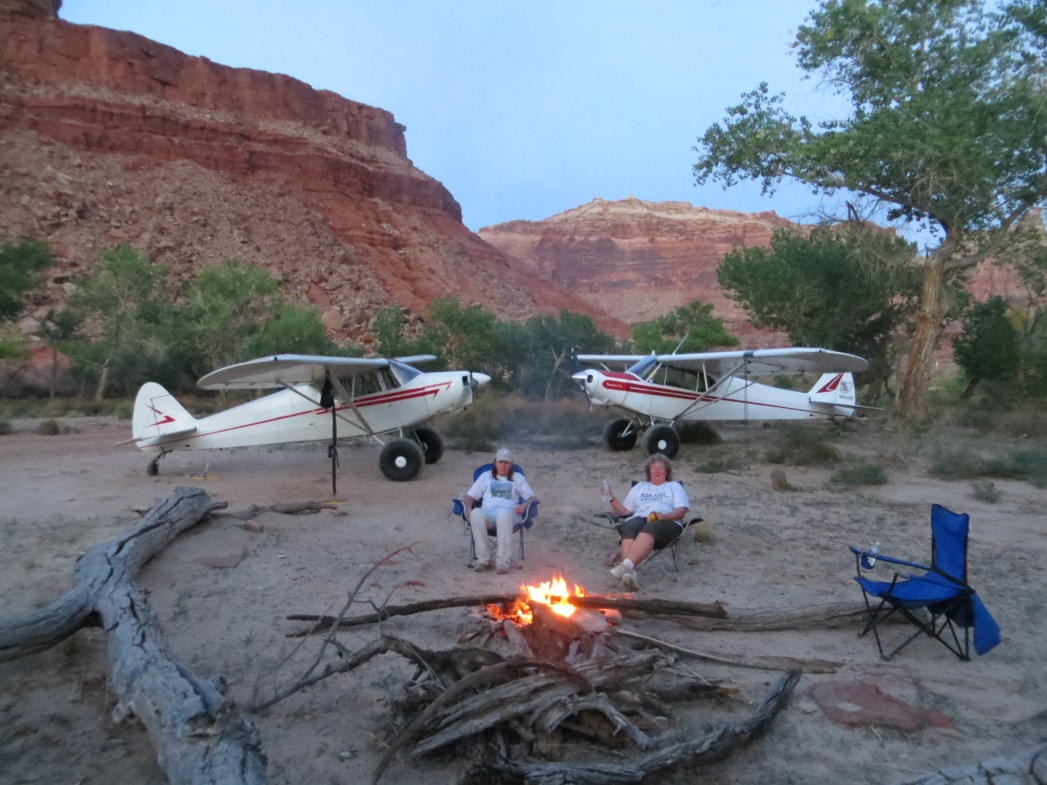 The Lycoming comes to life as the sun makes its first showing over the distant mountains. The red landscape glows with beauty as the sun rises higher on another timeless morning over the Utah desert. As we fly across above the landscape below we pick out the remains of adobe cliff dwellings. From a time when the Anasazi lived here. Many people have tried to live here but the desert always wins. 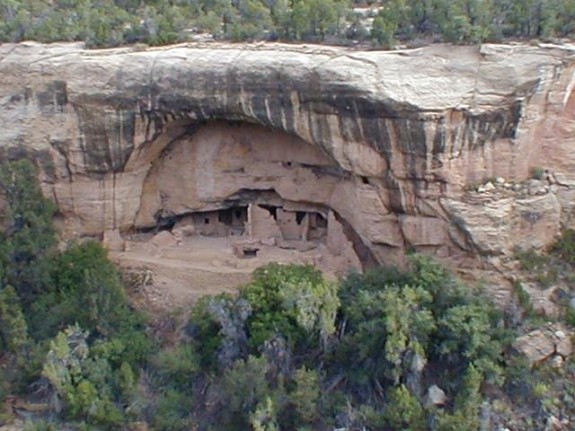 Following the San Juan River westward, the towering sandstone buttes of Monument ValleyÂ  Â start to dance on the horizon in the shimmering sun. We take a new heading bringing us to the heart of giant columns. As they reach far above our flight path we realize just how insignificant we are. A landscape so huge. 80,000 square miles of a land so barren that even the devil wonâ€™t claim it. Yet so beautiful that it could be heaven. Â Each time you come around another sandstone spire you get the feeling that John Wayne or Henry Fonda should Â be riding out from behind the next one. But all that remains from the old movie sets are a few lonely sheep that are trying to find a blade of grass to eat. 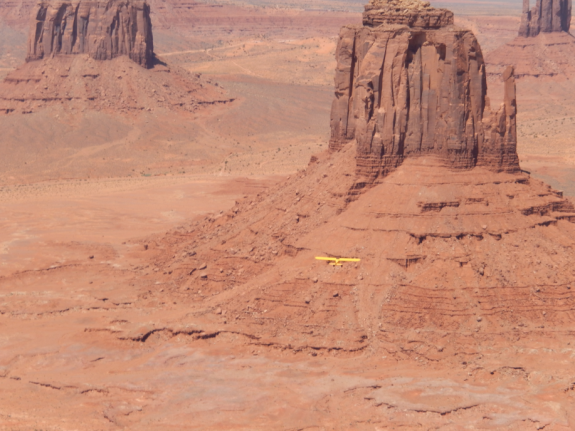 Continuing on to the west till we crest one more ridge to find Lake Powell. The Colorado River looks so slow and harmless as itâ€™s confined in the canyon walls. Yet in days ahead we will see the power of its erosion as it cuts thru the rock. Following the waterway to the north watching to boaters beneath us trapped to the narrow sliver of water as we are free to head about any places we want. Drifting on to the north we come to a mile long strip of concrete, the welcome sight of Cal Black. A mile long strip of cement rolled out across the desert. But as you taxi in the sage brush crowds the edge of the runway. The tumbleweeds push against the fence as the desert tries to reclaim what it has lost.

Shutting down are engines a dog comes loping out from under the weathered trailer that makes do as the FBO office to greet us. Soon followed by the airport attendant on the golf cart. Letting us know that both fuel and water are available. With gas tanks and water bottles full we turn back to the east to the mountain know as Nokai Dome. A dirt strip on a high plateau. With a view in all directions it makes you feel like you are at the top of the world. As itâ€™s late in the afternoon itâ€™s the place that we will set up camp. Along the edge of the runway is the remains of an old camp fire. But in these rugged surroundings itâ€™s hard to say if it was from last week or a 100 years ago. The twisted gnarly trees show just how hard it is to survive in a place where time seems to of stopped. Or maybe the fire was from the last visitor that was here only to never be heard of again. With only his rusted jeep left as a reminder that someone was here. 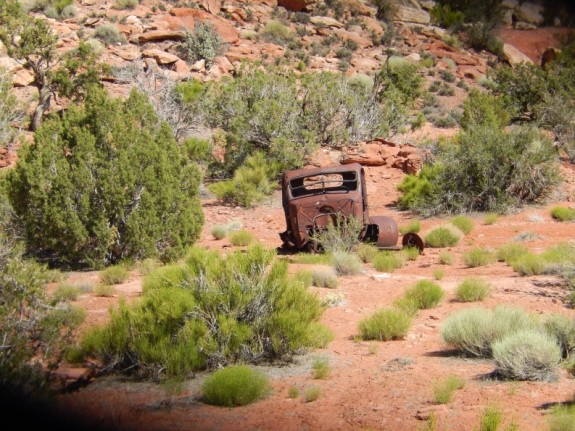 But as you look around and see that there is great beauty hidden among the harsh old trees that have weathered the time. 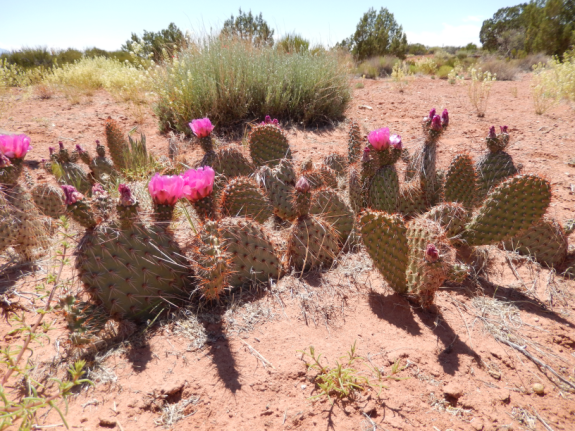 From the end of the runway you can sit on the natural rock bench you can see for 100â€™s of miles. Not a car or person in sight. Sitting here on this ledge watching the sun go down over the distant mountain you realize that this is truly freedom that can only be found with and airplane. 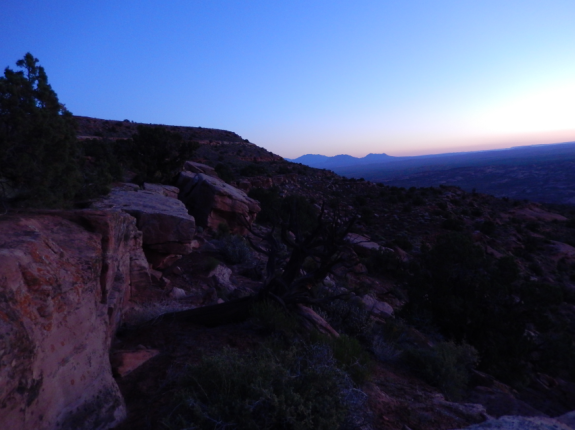 Waking the next morning before dawn we grab the jet boil and head for the rock bench to drink coffee and watch the sunrise as we contemplate where our journey will take us on this new day. 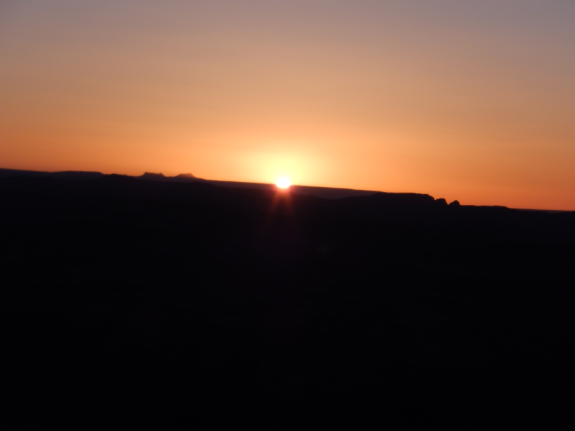 With our camping gear packed away we head of to the north in search of the Dirty Devil.Â  Finding the Dirty Devil at Hite we head on north. Following it to Happy Canyon. Any place called happy in area like this deserves further investigation.Â  As you fly among these canyons there is a beauty that you either love or hate. If you are still following the river after the first day then the mystical power has already drawn you in. High on a bench above the Happy Canyon River there is an old tattered windsock and a weathered prospector shack that was withstood the time better than those who built it.Â  To look around and find this shack you almost have to wonder if soon the owner will come riding back in on his mule with his pick and shovel in hand. But looking and seeing the rusted soup cans and the half buried core sample bits you know one is returning other than maybe a few ghosts. 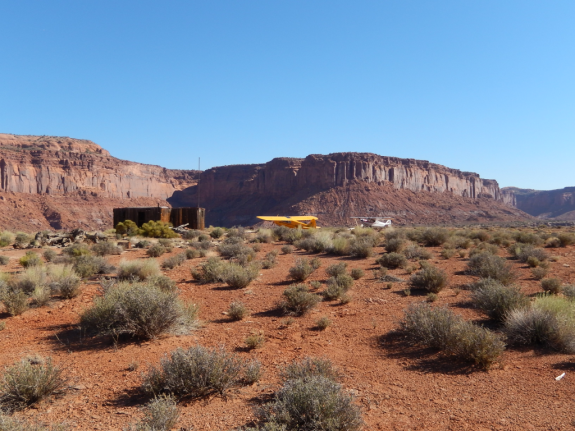 As you dig thru the remains of life out behind this old shack, you find a few old engine parts and more tools from when someone hoped to strike it rich here. But now the shifting sands are slowing covering this mummified place. As we depart you have to wonder what story some archeologist will tell when they rediscover this place in a few 1000 years. Continuing to the north you get the feeling that the world has been turned on end as you come to the San Rafael Swell, or maybe you have flown in to the house of mirrors and its all an illusion.Â  Whatever it is there is no mistaking the layers of sandstone that have been uplifted and pointed to the sky. But its an area where many legends were born. Louis Lâ€™Amour wrote about it in a few books. Other Legends say that this was the hang out of Butch Casidy & the Sundance kid. Even flying over it you go for miles and see no visible way to transverse this wall. What a way to be caught after your great bank robbery you sneak out to the desert only to come upon this wall. The San Rafael River does cut thru the wall in a narrow slot that can be navigated with a strong will to escape and a sure footed horse. Just maybe this was Butch Casidy escape route.Â 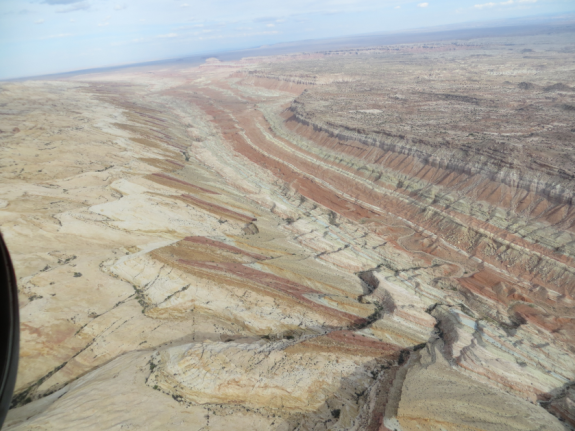 On the other side we are taken even further back in time as we stop at Mexican Mountain. A sandy airstrip cut out of the mountainside by the river. Scattered driftwood and piles of sand remind us of the power this sleepy river can have in its flood stages. Hiking among the scattered boulders we are told a story of a people that was here even before the Anasazi. We find their story is painted on the rocks, as we try to decipher the petroglyphs. 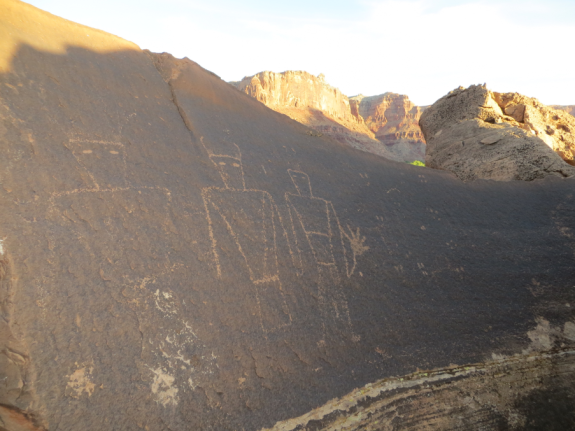 With what appears to be a warm welcome we make our camp here. Tents set up on sand so soft that it is better than any mattress.Â  Piles of drift wood liter the rings area. Delivered here from the great floods of an earlier date. A fire pit that might date back to the time of the people that painted the welcome greeting to us on the massive rock. As the sun sets over the ridgeline we are left in a warm glow. A feeling that someone is watching over us. As we sit around the campfire with a sky so clear that every star is visible. Maybe each star has a tale to tell as we sleep here tonight. If you want to hear the stories that the spirits of the old ones will deliver or sleep among the haunts of Butch Cassidy then you will have to leave the traffic patter behind and make the journey. 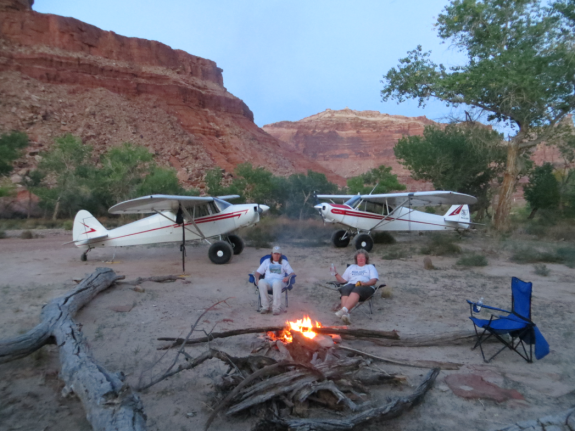 Remember, itâ€™s the Journey not the destination! 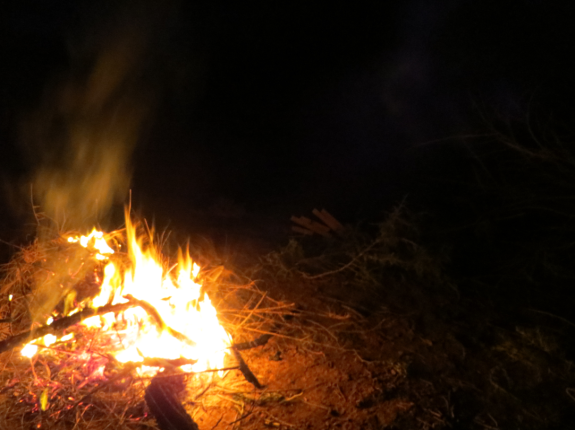