They Told Her She Couldn’t, but She Did. 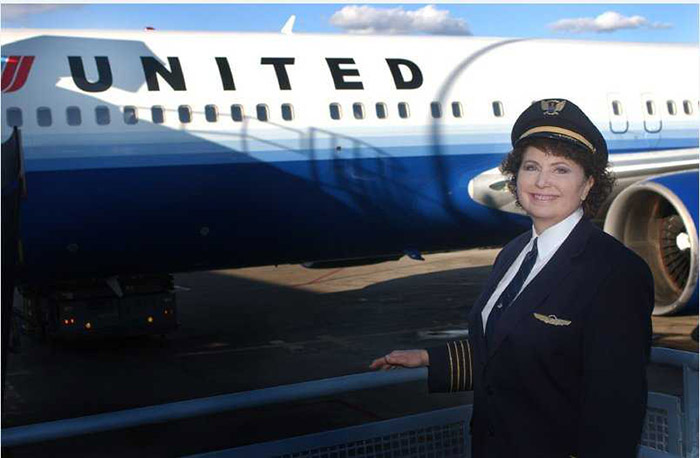 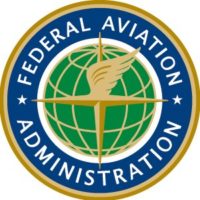 “They Told Her She Couldn’t, but She Did”

The complete article can also be read at

This is too real and tooÂ fantastic not to share and many thanks to my friend Nita Sweeney for forwarding. It’s aboutÂ Gloria LaRoche, the third woman to become a captain for a U.S. commercial carrier and the obstacles ambitiousÂ  women pilots faced at the time. The good-old-boys were hell bent on maintaining their domain in the cockpit and a new woman pilot wasn’t exactly welcomed with open arms. Ladies had to be focused, confident and assertive, not to mention smarter and better pilots than the men, just to get their foot in the door.Â 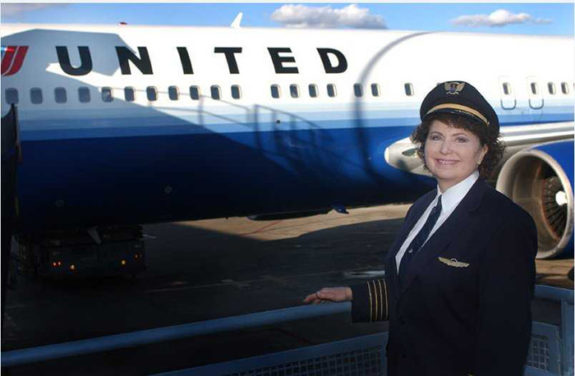 Like many of you, I’m very interested in the history of female aviators and have read many articles and books about a variety of women pilots. My favorites are about women who had a burning desire to fly from an early age – they all desperately wanted to be a pilot! Happily, they usually managed to get the job done.

This article in particular had me completely engaged and immersed from the get-go. I hope you’re as sucked in as I was as Gloria “shares her story of perseverance and tenacity for Women’s History Month”.

The epiphany dawned upon Gloria LaRoche when she was just eight years old. She had just finished watching a John Wayne movie, â€œJet Pilot,â€ in which he exposes a female Russian pilot spying on America. But LaRoche wasnâ€™t captivated by the Dukeâ€™s swagger so much as she was by the idea of a woman flying.

â€œIt struck me, â€˜Hey, I could do that,â€™â€ LaRoche recalled. That evening, she went home and wrote in her diary: â€œToday, I want to be a piolet.â€

In that day and age, a girl dreaming of becoming an aviator was just that â€” a dream. Despite the achievements of Amelia Earhart and other female aviators, the reality in the 1950s was that women were only meant to be teachers, nurses, or housewives – an idea reinforced by her father.

â€œHe was very chauvinistic,â€ said LaRoche of her dad. When she told him of her ambition to fly, he shot her down. â€œMy father said women do not go to college and for sure they donâ€™t fly airplanes.â€

As LaRoche grew up and pursued her dream, she would recognize her fatherâ€™s attitude deeply engrained in her male colleagues in an industry driven by testosterone. And perhaps subconsciously, it prepared her to meet the obstacles thrown in her path on the way to becoming this countryâ€™s third female captain of a commercial airline.

The experiences that LaRoche, an aviation safety inspector and project manager in Flight Standards, shared with Focus FAA, unfortunately have been well documented in this country for decades, and throughout many industries â€” and families.

Her first champion was her mother. â€œGod bless my mother,â€ said LaRoche. â€œAnything I wanted to do she made it happen. She was definitely the wind beneath my wings, my mom. She was going to counteract that chauvinism, absolutely. She wanted me to do whatever I wanted.â€

Her first chance to fly came at age 14. Her father, an Air Force sergeant, had deployed overseas for a year. Her mother knew a local flight instructor who gave LaRoche her first ride in an airplane. On a crisp fall day with nothing but blue skies, LaRoche flew down the Rappahannock River in Virginia. At one point, the pilot even let her take the controls to keep the plane level.

â€œI remember the smell of the air,â€ said LaRoche. â€œIt was one of those days that will live in your memory. It was just a dream come true. That was my first experience. I was in love.â€

The flight instructor offered her free lessons if she could pay for the planeâ€™s oil and gas. In 1962, at the age of 16, she soloed for the first time in a J-3 Cub flying out of Murfreesboro, Tenn., her mother watching at the airport. Her father â€œwasnâ€™t too happy about it,â€ she recalled, but he grudgingly allowed it.

Her fatherâ€™s attitude toward his daughter never softened, however. One day when she was 18 years old, he told his daughter he had a surprise for her on the front porch. LaRoche went outside to find a packed suitcase. She was on her own.

For the next half decade, she supported herself as a secretary while working on the weekends at a small, grass airstrip, where she staffed the counter and answered the radio in exchange for flying time. â€œThatâ€™s how I got my private license,â€ she explained.

LaRoche continued to fly, eventually earning her flight instructorâ€™s license. She gave up her secretaryâ€™s job. â€œWhen I got my ticket, I threw it down on my bossâ€™ desk and said Iâ€™m going to be a flight instructor. He said, â€œYouâ€™re going to starve.â€™ I starved,â€ she admitted.

It was during her time as a flight instructor that she met her greatest mentor, Gene Mason. â€œHe would do the check rides for the students from my school,â€ LaRoche explained. â€œAnd he would teach me his techniques. I would utilize his techniques in flight school and in commercial flying.â€ She remained in contact with him off and on through the years. â€œHe was very proud of me,â€ she said. â€œHe was such a taskmaster. I would hear his voice in my head: â€˜Stay right on altitude.â€™ I can still hear him,â€ she added. It was one of the few male aviators that had a positive influence on LaRocheâ€™s career.

One day while working as a flight instructor at Dallas Love Field, she saw and fell in love with a DC-3, the legendary commercial airliner, being flown by cargo company. â€œOh my God, Iâ€™ve got to fly that,â€ she remembered thinking.

The cargo carrier hired her as a one of its â€œfreight dogs,â€ a name given to pilots of cargo aircraft. She was made a first officer. The male captains she served with had at one time been her students. That stung, but LaRoche still remembers it as â€œthe best time of my life. When I started flying the DC-3, there were five women in the free world that were flying in any capacity with commercial airlines,â€ she said.

The seminal moment in her career came in 1982 when a commercial carrier, Interstate Airlines, made her a captain of a Convair 580, a commercial passenger jet. The achievement hardly proved to be celebratory. â€œThe company went all out to prevent it,â€ she recalled. She was written up for the smallest discrepancies or mistakes, all but ignored when they happened to male pilots. â€œThey had a little separate file on me in their office,â€ she noted. But when she took the check ride, she passed and there was nothing Interstate could do about it.

Her male colleagues, on the other hand, thought there was something they could do. Resenting the fact that a woman had been made a captain, they gave her the silent treatment. On long trips, they refused to eat with her. She dined alone. They placed pornographic photos throughout the cockpit to humiliate her. LaRoche retaliated by putting up her own. â€œOh, did they get upset,â€ she said. â€œIt was horrible â€” total rejection.â€

It was around that time that LaRoche began to look beyond her personal goals to take a broader view. â€œThatâ€™s when I was thinking, â€˜Hey, Iâ€™m a pioneer,â€ she said. Instructing other captains at the airline made her realize that she had â€œsurpassed what I thought I could do.â€

Only once did the brutal treatment and sexist behavior get to her. Sheâ€™d learned that two women, Sharyn Emminger with Hawaiian Airlines and Nancy Johnson with FedEx, had been made captains before her. LaRoche had been offered a position at FedEx years earlier, but she had turned it down because they were flying only smaller planes. â€œWhen I found out I didnâ€™t make being the first woman captain, it was the only time I let a tear slip out,â€ said LaRoche. But she insisted, â€œnobody saw it.â€

â€œWhen I came to United, I was just in in seventh heaven,â€ she said. â€œI didnâ€™t know they were under pressure to hire women. But they were a cut above compared with the people Iâ€™d been flying with.â€

In addition to flying, she was assigned to instruct other United captains on how to fly 727s.

â€œI remember thinking how am I going to approach these gray-headed captains? How would they respond? When they found out what I had been doing all these years [with cargo carriers], they knew freight was tough, so I got their respect.â€

LaRoche left United after reaching the mandatory retirement age. Her last flight was roundtrip from Chicago to London. As is customary, she got to select her own crew for the trip. She picked all women. â€œWhen we landed back at Chicago â€¦ I think all 300 people on that airplane shook my hand,â€ she recalled. â€œEverybody was supportive on that flight.â€

That evening, LaRoche went home, lay down on her bed in her flight uniform, and sobbed. â€œI miss it so much,â€ she said wistfully.

After United Airlines declared bankruptcy in 2002, LaRoche faced yet another obstacle. Her retirement was cut so drastically, she had to keep working. She hoped to sign on with the National Transportation Safety Board.

â€œI thought it would be fun,â€ she said. â€œI thought I had the knowledge to do it.â€ The NTSB wanted to hire her but there was no money in the budget at the time. They did notify her about an opening with the FAA.

LaRoche joined the agency in 2006 as an aviation safety inspector in the Air Carrier Training Division at Headquarters. She provided valuable input re-evaluating stall procedures for transport aircraft. All of the major manufacturers and the FAA changed their recovery procedures. She also worked in the field as an assistant principal operations inspector for a regional airline and she now works in the Flight Standards Workforce Development Division, developing curriculum for other aviation safety inspectors.

â€œI had been in training all my life,â€ LaRoche reflected. â€œTraining was my bailiwick. Itâ€™s been a perfect fit.â€

LaRoche continues to use her life lessons to help others. She has signed up for different groups as a mentor. Over the past few years, she has mentored 10 women on-line and via email.

â€œThey want to know how to advance in their career,â€ she said. Women pilots are still experiencing some of the same sexist behavior she experienced, but not as much, said LaRoche. â€œI just hope I helped other people along in their struggles.â€

Said LaRoche: â€œMy motto is if you can dream it you can do it. Not any obstacle in the world can stop you. Just press on. They told me I couldnâ€™t, but I did.â€