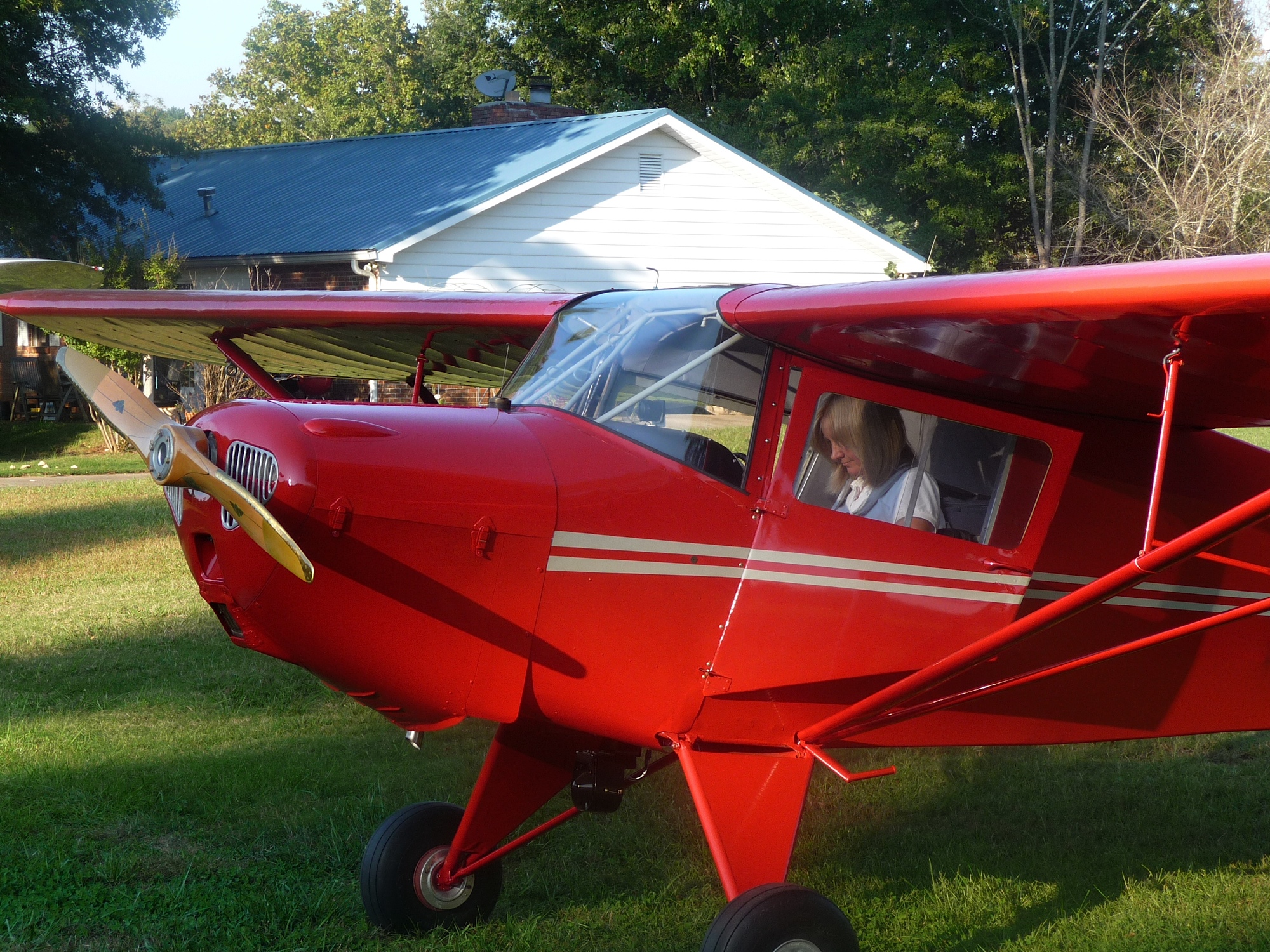 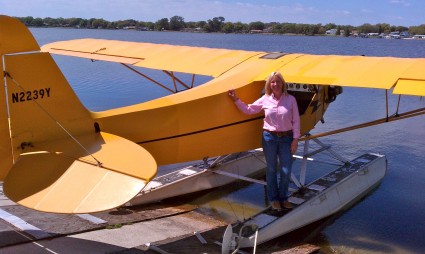 Last spring my husband and I went to Winterhaven, FL to get a seaplane rating. It was so much fun!!!!! Now we are hooked and are talking about getting something of our own on floats.

I earned my private pilot license in a Luscombe 8E March 8th 1981. A few days later the Luscombe and I were on our way to the Sun-N-Fun Fly-in! I continued to build time and add an instrument & multi-engine rating, commercial, CFI and a few years later was flying Jetstreams for a commuter in Atlanta. A few more years and hours and I was hired by Eastern Airlines. 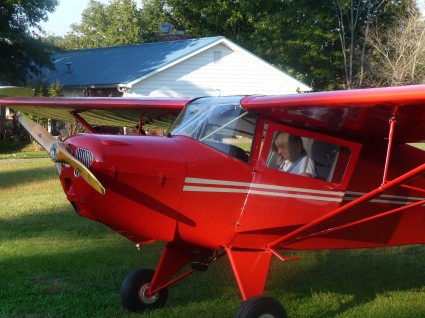 Iâ€™ve got my head down checking a few last minute things before the maiden voyage after some major restoration. It now has an 85 HP Continental and a wind driven alternator. It is so nice to have radios and a starter! We finished painting the grey stripes a few weeks later. 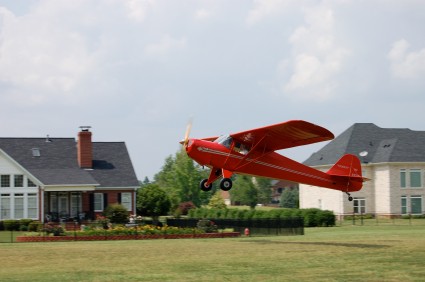 I love taildraggers because they just feel right! I wish I could make it up to the Dayton Fly-in but my youngest will be going off to college next week and I have much to do! 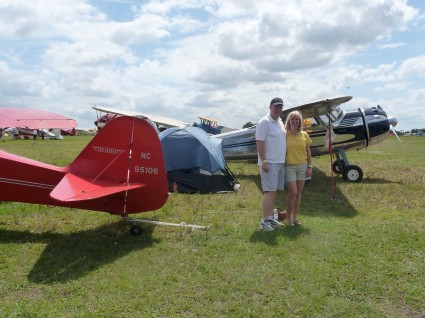 My husband Phillip and I with our 195 and Taylorcraft. After many years of making do with the limited amount of camping gear I could get in the Luscombe or Taylorcraft it sure is nice to have the extra space! 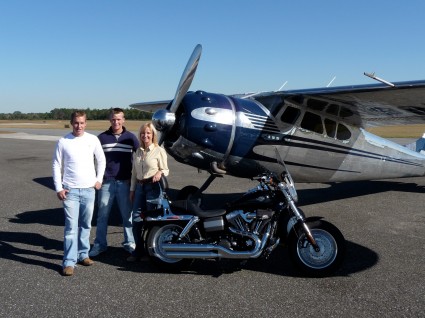 My husband bought a Fat Bob on Craigâ€™s List in Jacksonville, FL so I flew him down to pick it up. It was a brisk winter day and he almost froze to death riding it home! Our son and his friend (pictured) flew home with me.

From Judy: I left a note on this beautiful 195 at Oshkosh after I heard a woman had flown it in. You know I’d give my eye teeth for a beautiful 195! When I heard it belonged to a woman it made my day. Â OK, she shares it with her husband but all the better…. he’s got to be one happy guy. They’ve got a 195 and his wife loves to fly it!! Unfortunately, Tia left me a message they were heading out before I could meet her but she did register on Ladies Love Taildraggers. Thanks Tia!