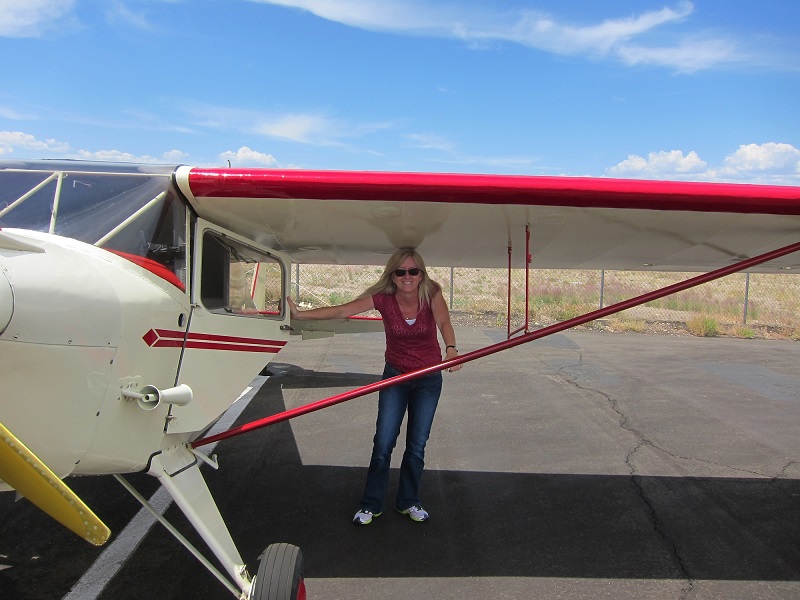 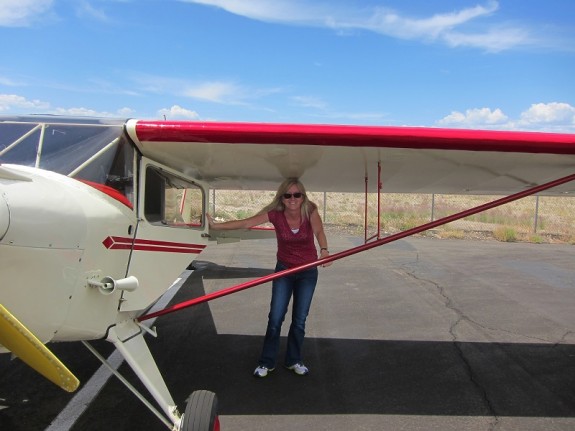 Learning to fly was probably the most challenging yet rewarding thing I have ever done. I knew nothing about aviation, never even thought about flying. It was something other people did and mostly men. But when my husband, Ted, suggested we buy a plane and both get our licenses I said ok, sounds like fun! Little did I know how much I would have to learn over the next few months. My ever-patient husband and instructors; Ted Goettl, Mr. Bill Gundlefinger â€“ ground instructor and Mr. Ed Kalabus â€“ flight instructor, calmly guided me to think about things and learn things Iâ€™d never cared about before. 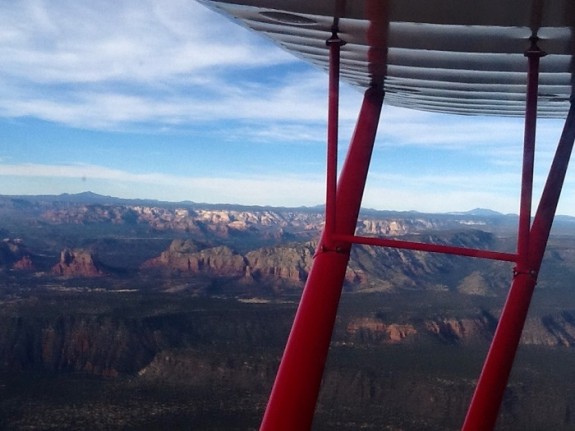 A view from above, beautiful Sedona/Verde Valley Arizona.

Things like: how planes fly, how engines work, how to hand prop my plane, how to read maps and weather charts, etc. You know what Iâ€™m talking about; there is a lot to know!! But, it was exciting to challenge myself, knowing that there would be a positive outcome with lots of fun (work) involved too. 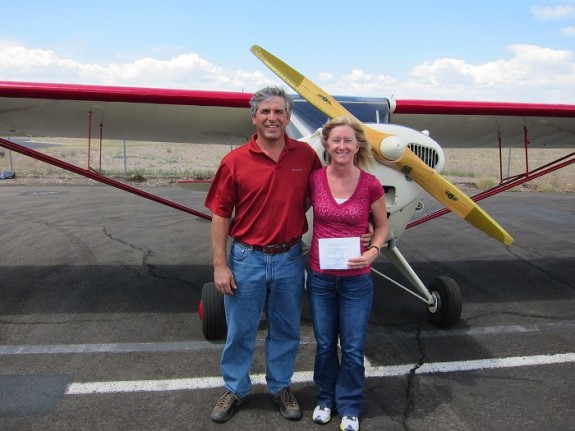 I think the hardest thing for me to learn was how to land the darn thing. I believe I have the most patient instructor on the entire planet! He calmly guided me through at least a million tries before I actually got my first stall (3 point) landing! There were a couple of times I almost threw up my hands and called it quits, but I kept thinking about my kids and how they persevere through their sports and keep at it even when they canâ€™t move another inch and realized that I had to do this or what kind of example would I be to them? So, I buckled down and got my landings figured out! It was serious work but very rewarding too! 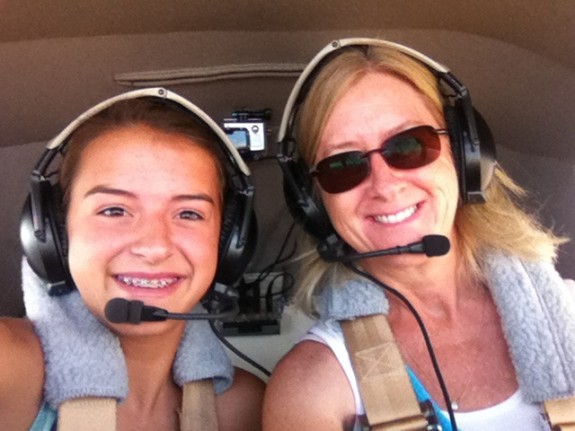 Tiffany and daughter, Megan, on first flight together! So much fun! Girls go fly!!

My check ride was scheduled three weeks out so there was no telling what the weather would be like except to expect winds. We are in Arizona and springtime is always windy. So, Ed trained me in the afternoon winds, always telling me â€œthis is what your check ride is going to be like, you can do this!â€ So I did. Well, as you might expect the day arrived along with winds 10-15 kts. Time to get it done! The oral test went good and then we were flying. It was a bumpy ride with some awesome crosswind landings. One of my most satisfying moments was when I heard the check ride pilot tell my instructor â€œthat girl can fly that plane!â€ Yeah! I did it, now I have a license to practice as â€œtheyâ€ say. 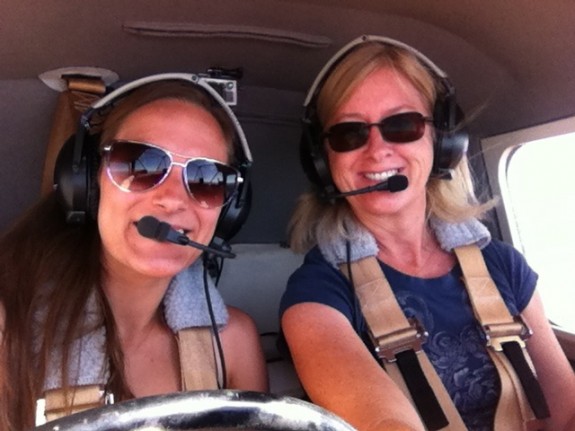