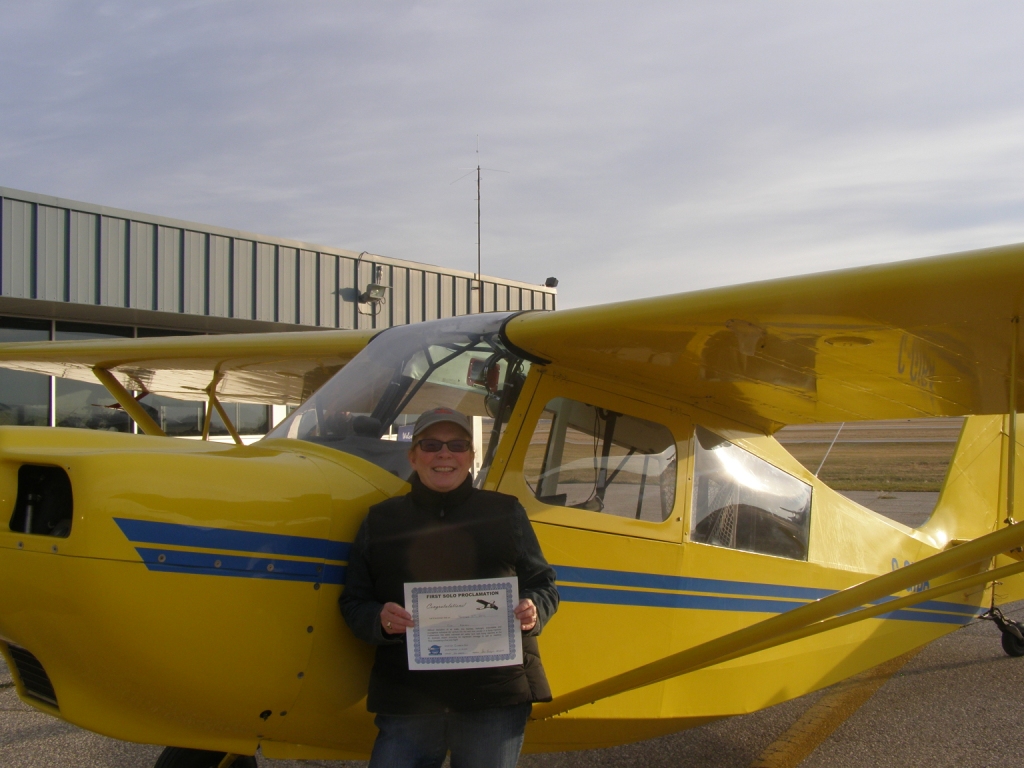 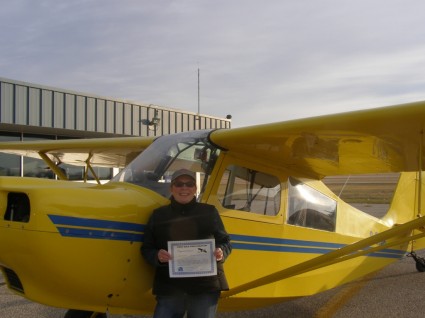 I am 46 years old and completed my PPL training in a Citabria. Â I love it!Â I finally got my private licence on January 31st, 2012!Â It took twice as long as I thought it would but was worth the extra time and waiting for weather!Â I decided to learn in a taildragger because my husband and I have a Murphy Moose that is ready for its final inspection and first flight across Canada. 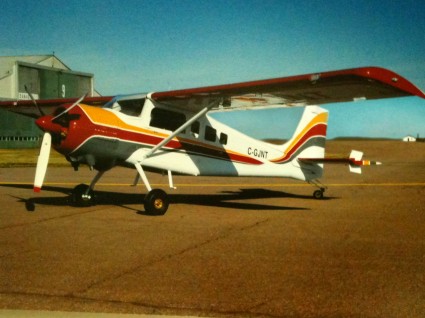 The (Murphy) Moose with Propeller

We have also ordered a Just Aircraft Highlander and it too is a taildragger. His and hers so to speak! I was just telling my husband last night that I thought that I may be a taildragger snob! I can’t taxi a Cessna 172 to save my life but the Citabria is a snap! 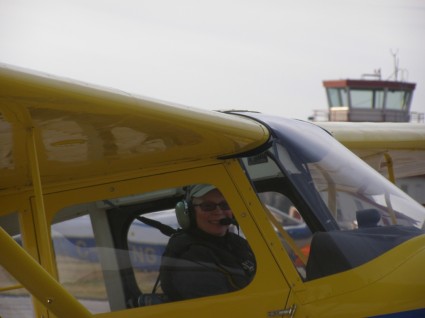 Thanks Tina! Just checked Wikipedia for some info on your part of the world. It’s just too cool meeting all you gals from so many remote areas! When I saw Yellowknife, Northwest Territories, I knew it was going to be just a little breezier than where I’m at in the Midwest. Boy, is that an understatement. I seeÂ Yellowknife has an average year round high of 32 degrees F. Â Your December average is -4 F and January average is -9 F. Â All I can say is you must have one heck of an electric blanket! You’re also flying out of the most active general aviation airport in the Northwest Territories. Hopefully lots of taildraggers to hang out with up there. Tina, be sure and send us the good news – with pictures – when you get your ticket! Â Judy