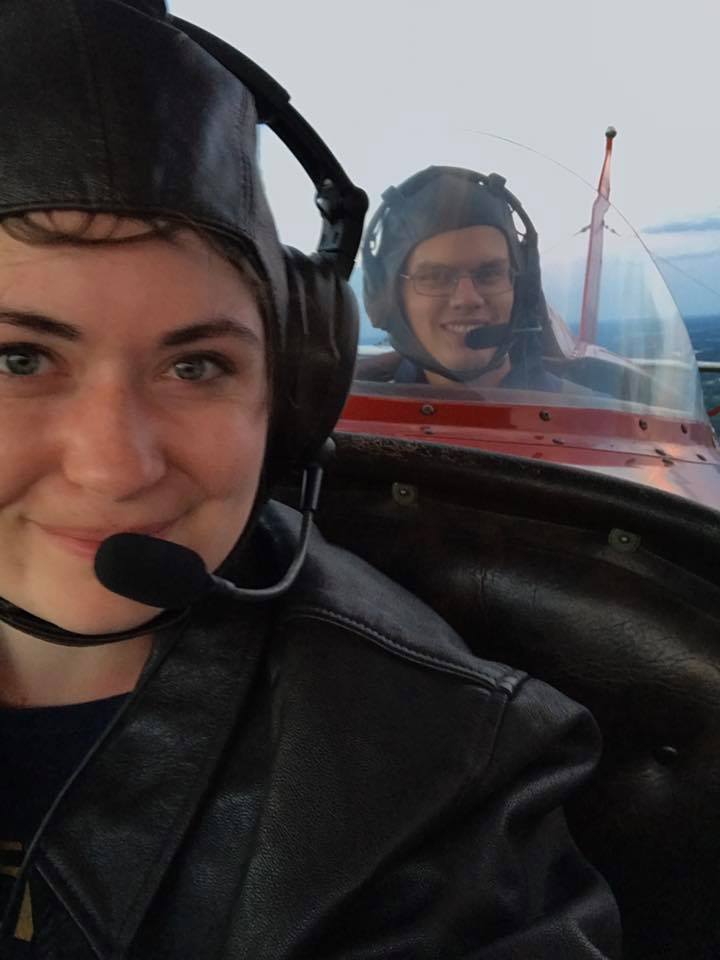 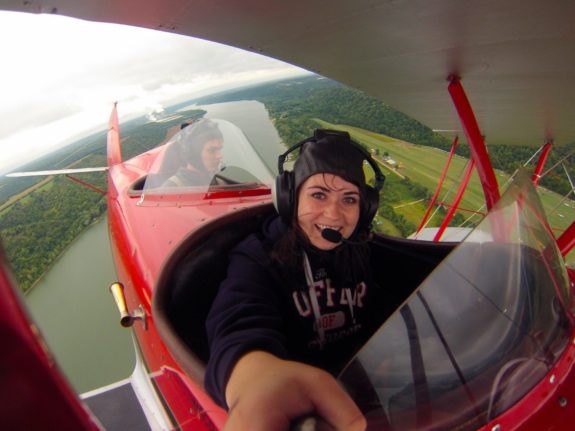 My love story starts the summer after I graduated high school, while I was a fresh private pilot volunteering at our local Aviation Day. My job was to write down names and information of those interested in learning more about the flight school I attended. Clipboard in hand, I greeted families and spent a few hours in the sun at the airport. 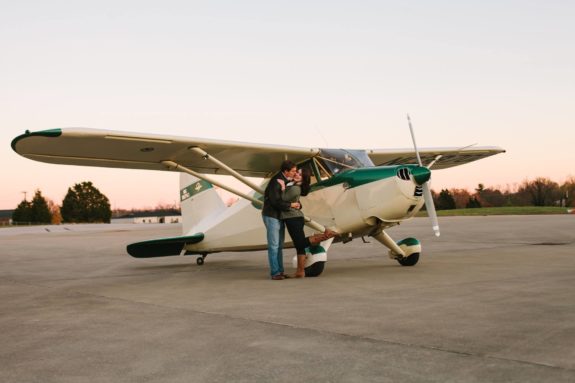 Around the end of my assigned shift, I saw a small taildragger land and start taxiing to the ramp. I didn’t know much about taildraggers at the time, so I was intrigued. Lo and behold, the pilot gets out and starts walking straight towards me. I notice he’s a handsome guy around my age, a rarity in the circles of pilots I was in. I soon found out that his taildragger was a 1941 Stinson 10A, and I asked this stranger if he was planning to go flying again that day. I told him that if he was, I would love to go with him and see his airplane. 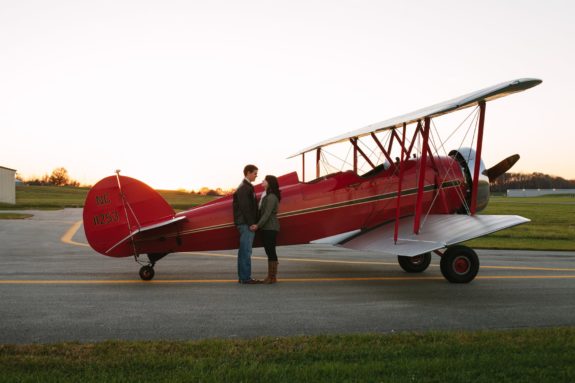 Lucky for me, he had flown in to visit his parents and had some time to spare before lunch. We went up in the Stinson and it was the most amazing “speed-dating” experience as we flew around the pattern. I learned his name was Daniel and he was in college studying Chemical Engineering. The last two generations of his family flew recreationally and restored vintage aircraft, including two Waco biplanes and the Stinson. 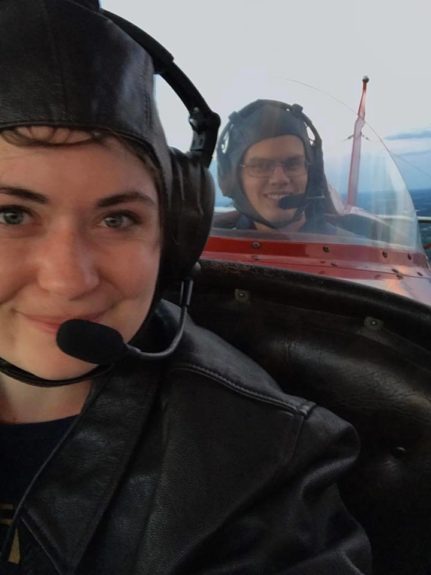 After we landed and exchanged phone numbers, I got a message from him that evening asking if I would like to go out to dinner the next weekend. We hit it off immediately and started dating that summer. Our relationship continued to get more serious while I attended the college close to his and studied to earn my instrument rating the next year. He started learning to fly the Straightwing Waco, so we would take that to fly-ins. We spent almost every free weekend we had flying to different airports around the area, and soon we were inseparable. 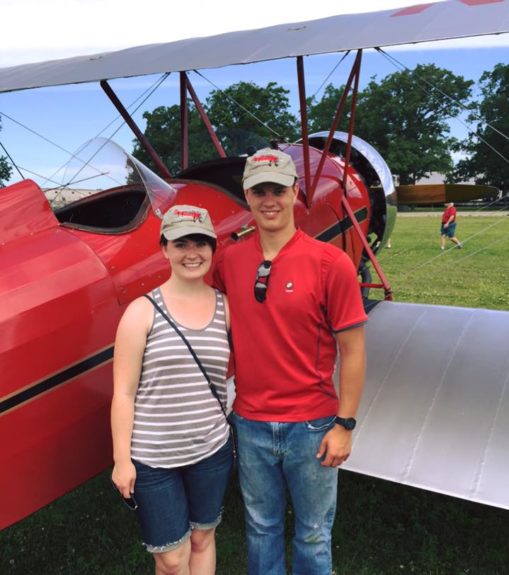 I knew this man was something special when he made a point to regularly attend Ninety-Nines meetings with me and got the approval of the other members. We flew to Oshkosh together three times, in a different plane each time, and got yelled at more than once by well-meaning flight line workers who thought we were young hooligans “climbing on aircraft we shouldn’t be” while we unloaded. 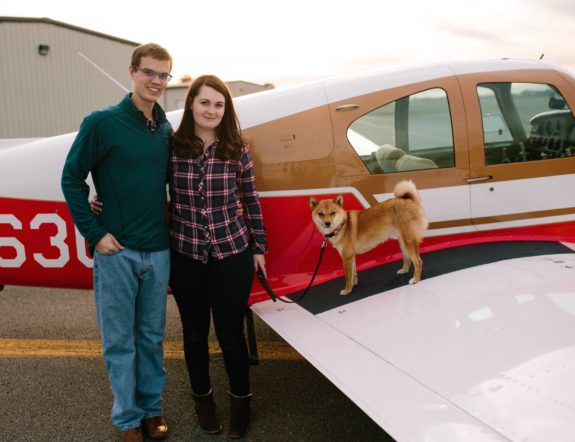 He is my best friend and flying partner, and we decided to get married soon after he graduated in 2016. I was in my Junior year, so in order to follow him to his first engineering job I had to transfer schools and move 5 hours away from all of our friends and family. I’m now finishing out my degree in Aviation Management at Purdue University, hanging out with my best friend (who I get to call my husband!!) every day, and we have two cute dogs that are spoiled rotten. We still make an effort to fly on the weekends, and share a love and understanding of each other that I only thought existed in fairy-tales! 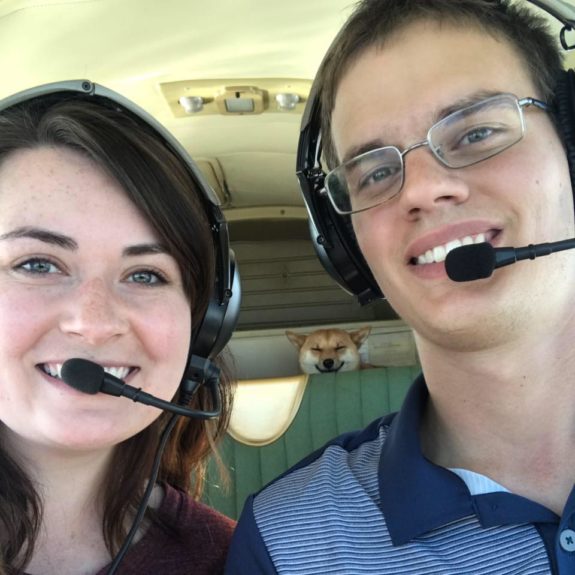 If you think about it, all of this was brought together by a taildragger. 🙂 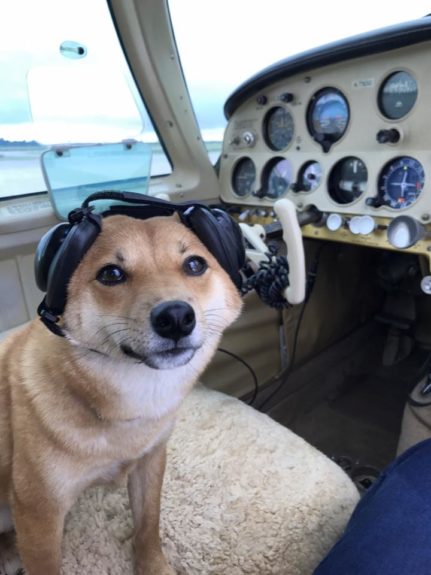 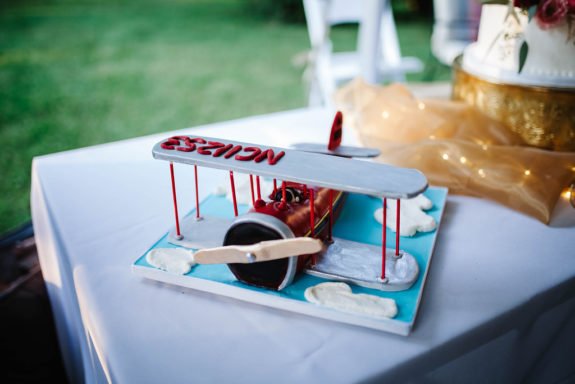