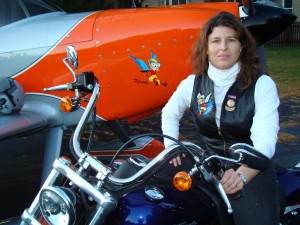 Here….. by popular demand, the encore performance of “Two Pilots, One Plane” written & performed by Kelly Jeffries. Kelly performed for us Friday night at the Lady Taildraggers Fly-in and was such a hit she did a repeat performance Saturday night!