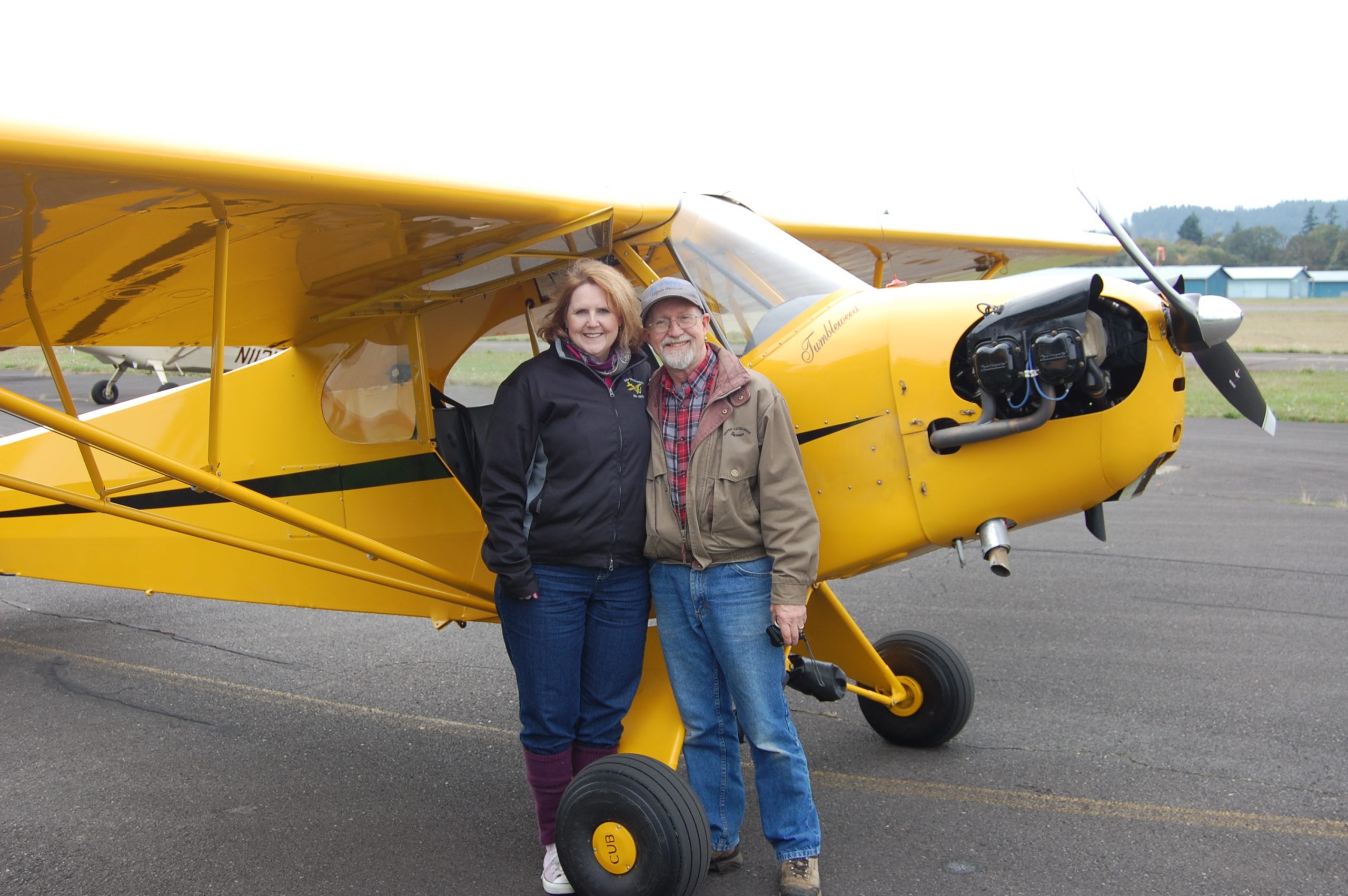 This was sent in by our very own, and totally cool,Â Vanessa Jump Nelson for your viewing & reading pleasure. Vanessa says, “I just have to share!” 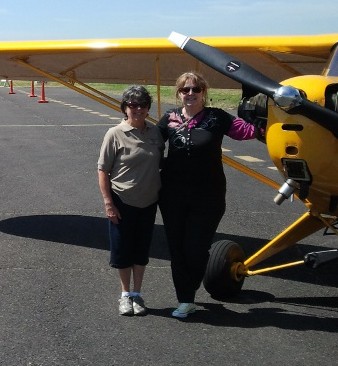 VanessaÂ with her friend Linda M and her beautiful Cub “Tumbleweed”.

Independence in the truest sense of the word!Â  Since my first Cub solo several weeks ago I’ve been flying several times a week.Â  I took my Cub in to Aurora airport when “Nine o’ Nines” the B-17 was visiting, and I got to park next to it and get a photo.Â  My Cub ended up becoming, for a few hours at least, part of a display that included not just the B-17, but also a PT-22, and a P-51 Mustang.Â  My “Tumbleweed” fit right in. 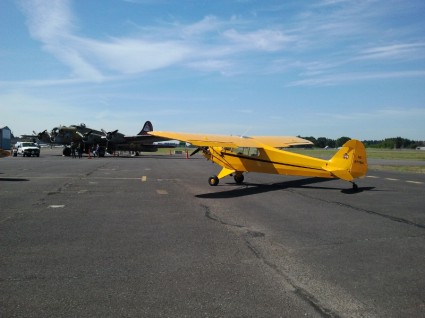 I gave Linda a ride back to her home airport afterward, and she became my second passenger that I have ever given a ride to.Â  She and her husband are restoring a Waco biplane, and she soloed in a Cub many years ago, with her mother as her CFI. 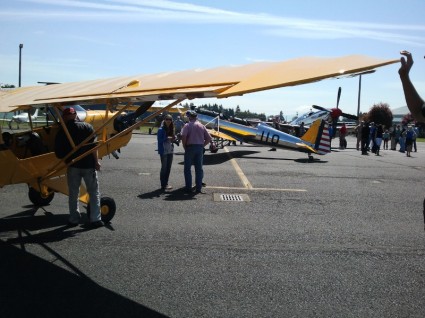 That was a couple weeks ago.Â  I followed that adventure up with being able to say that “On Independence Day, I flew to Independence, Oregon, independently!”Â  Attached is a photo I took on the way back to Twin Oaks. 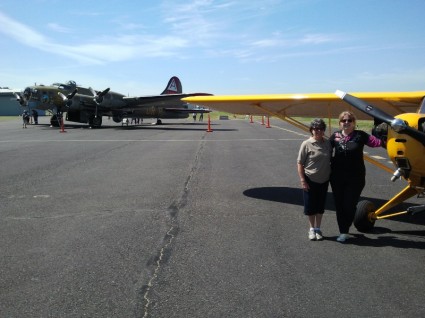 I know it’s only a little more than 70 miles round trip when you use the AirNav calculator, but it felt like a big step for me, as it was the first time I’d been to Independence by myself. 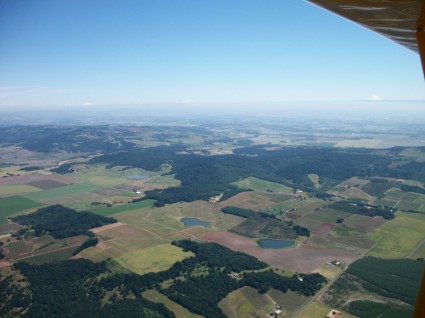 Independence Day trip – on the way back flying with the door open, and Cascade mountain tops showing off their snow covered peaks.

I thought it was kind of fun to do it on Independence Day!Â  :0)