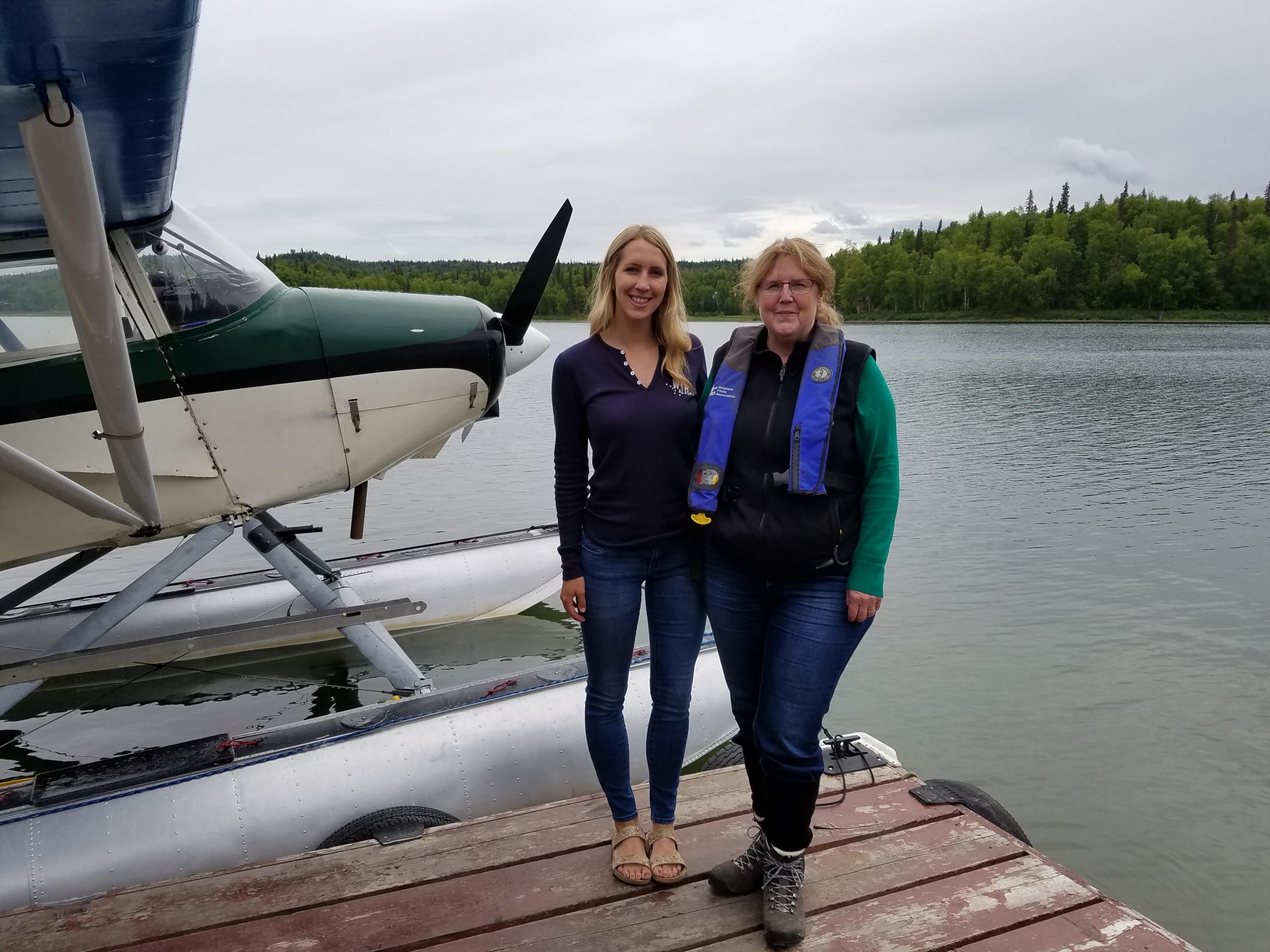 J-3 Cub pilot and owner Vanessa Nelson is one very happy lady. She, and several of her best buds, just returned from a floatplane course in Talkeetna, Alaska, where she earned herÂ Airplane Single Engine SeaÂ (ASES) rating. ‘Congratulations!’ and a big ‘thank you’ to Vanessa for submitting her story and some great pictures. 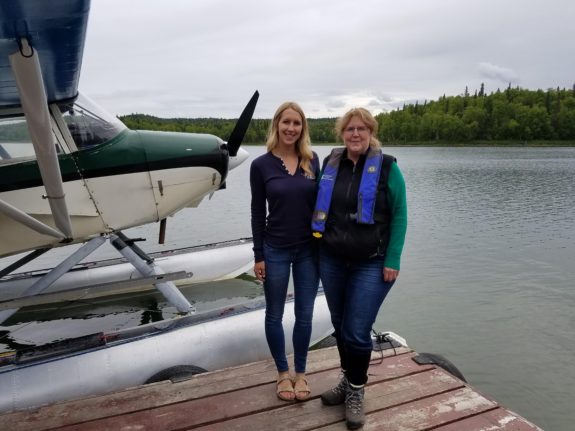 I went back again this year to Alaska Floats & Skis, where they have a whole fleet of “shortwing” Pipers: Piper Pacers (PA-20/22’s) on floats and/or skis, depending on the season. Last year, in May, I took the skiplane course with Don Lee and learned to land on glaciers, as the very first recipient of the Northwest Section Scholarship from the 99’s. This time I brought along my husband and some of our friends, and took the floatplane course with Brooke Roman, CFI, who is another LLT’er. I had flown with her on floats one time last year to get just a taste of float flying, but came back this year to complete the full ASES. I passed my checkride June 30, 2017. 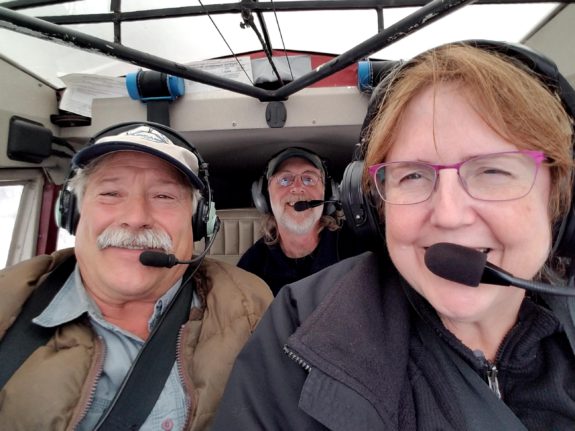 CFI and Alaska Floats & Skis owner Don Lee, my husband Shannon Nelson, and me, in a Pacer on tundra tires flying up Ruth Glacier on Denali.

My little group had a blast! It consisted of my husband, (who is not a licensed pilot and has only had a handful of flying lessons to be sure he could land in case there was a problem), three male pilot friends, and two of their wives who like to ride along. Out of our group of 7 people, three of us earned our float ratings and one, who already had his float rating, took the bush plane course. 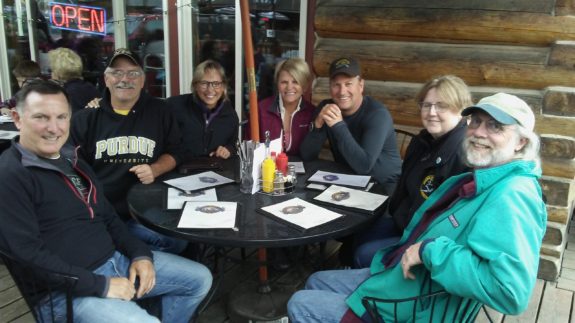 Our whole group, out for a meal in the town of Talkeetna. L to R: Bob Robertson, Curt Jutzi, Mary Jutzi, Judith Arnell, Charles Arnell, me (Vanessa), and my husband Shannon Nelson.

Everyone in our group got up in the air at least once, as the two non-pilot wives went up on a sightseeing flight, one of them rode along with her husband on a bush flight or two, and my husband came with me on a bush flight with Don after I passed my ASES check ride. 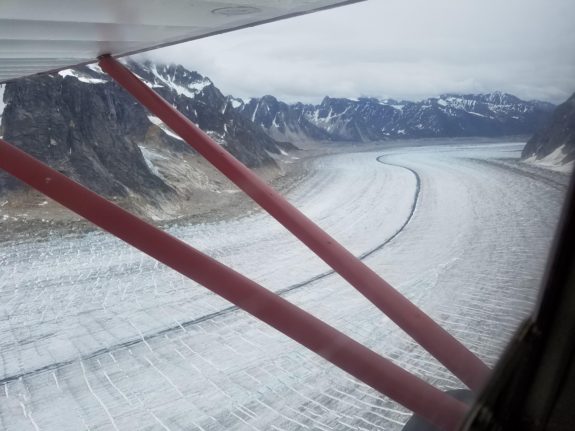 The ice was spectacular viewed from the air.

Bob, Curt, and I took the floatplane course and passed our ASES checkrides. Charles already had his float rating and took the bushplane course. Everybody had fun! 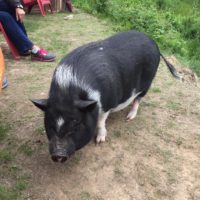 And of course, the little fellow who is ever present at Alaska Floats and Skis, Captain Nemo the pig. 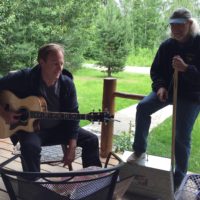 On the porch of the lodge, in the evening after our lessons, we sat around making music together. My husband had not wanted to pack his string bass on the plane, so he bought a washtub, a broom handle, and some hardware, and made a “Washtub bass”. He and Charles, who was taking the bush course, led us all in a singalong on the porch of the lodge. 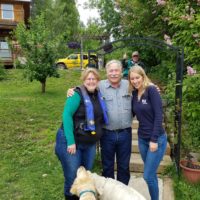 Don Lee, me, Brooke, and my DPE photobombing in the background, lol! 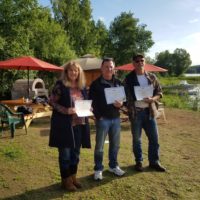 My buddies and me, the three of us with our float course certificates. 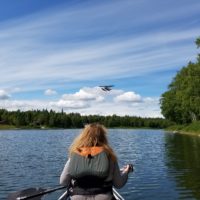 My husband and I paddled a canoe all the way around Christianson Lake, which is where Alaska Floats & Skis is based, while others were up for their seaplane and bush plane lessons. 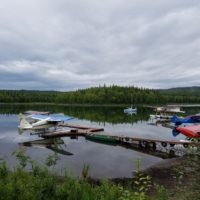 After landing at the municipal strip in Talkeetna, we made the 5 minute drive back to beautiful Christianson Lake, which was displaying “glassy water” in all its glory. I’ll definitely be back again. 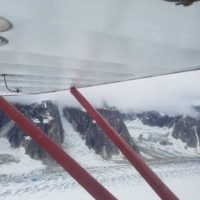 The ice viewed from the air was spectacular! This was flying up around Denali, which I believe is the 2nd largest peak in the world, and certainly the largest peak on the North American continent. 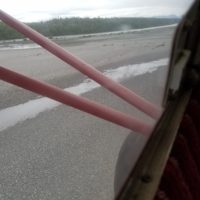 On the way back, we landed on a sandbar in the middle of the Susitna River, which is part of the bush course, a little of which I had sampled last year when I visited. 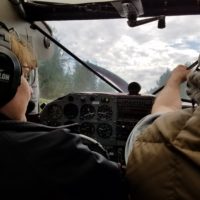 And then we landed on the narrow gravel Village strip in the middle of the town.

“I’ll definitely be back again.”