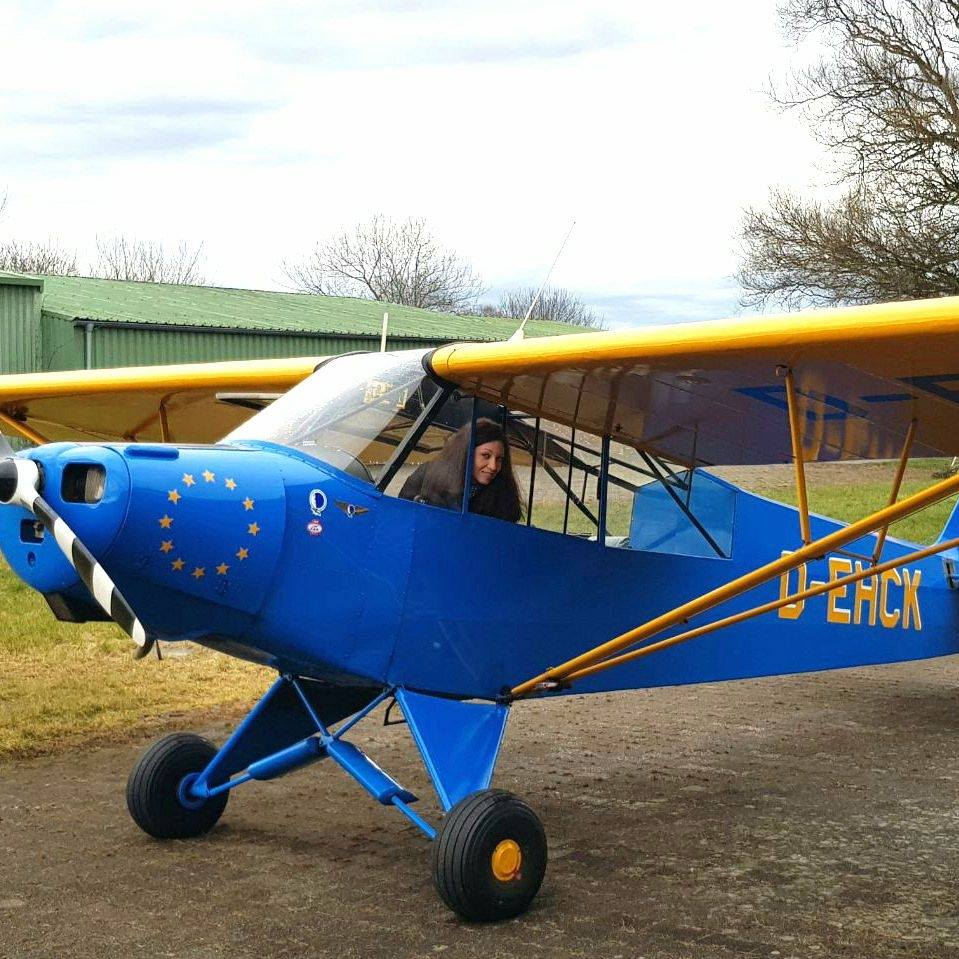 Vicky Pietsch is based at EDRZ (ZweibrÃ¼cken) and EDRP (Pirmasens) in the southwest of Germany. 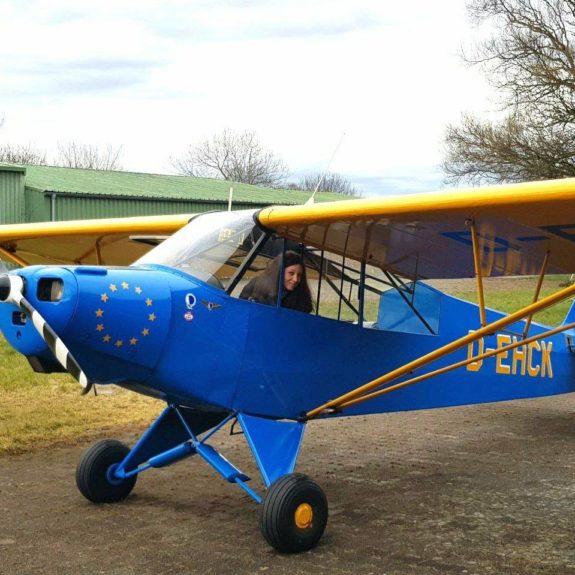 Long story short: I started learning to fly three years ago as a “pedestrian” at the age of 28 at a local club and got my license almost two years ago. Today, I am proud owning the permission to fly taildraggers (just two weeks ago) after an amazing training in a 1952 Piper Cub PA-19.

For those who are interested, here is the “extended version”:
When I was a little child, my family and I were on the way to our holiday destination and during the flight, I was allowed to join the Captain in the cockpit for a while … and so I was fascinated and secretly dreamed of being a pilot one day.

Twenty years later I learned that I was too small – 4 centimeters were missing. No one of my family, nor my boyfriend or anyone else in my environment was connected to flyingâ€¦ So brushing aviation aside as a crazy fantasy, I started to study business administration and then working in a pharmaceutical company as a sales employee for Asia (and still doing so).

By pure chance during a project at work, I met a female pilot bringing this topic back into my life again. Interpreting this as a twist of fate (It is now or never!), I looked for the contact details of the nearest Aero-Club, called and made an appointment for the next weekend. I was invited to fly along in the DR400 – and I was caught already during takeoff! The next year I passed the exams and got my license and since then I’ve done many local trips and also some nice trips with club aircraft throughout Germany and France with my (unfortunately solely male) colleagues. 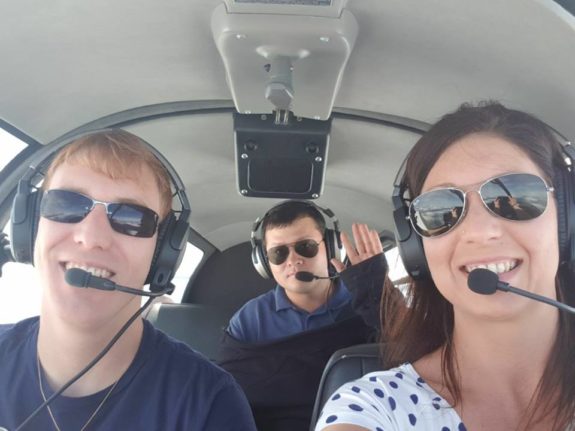 Meanwhile, the Club wanted me as Vice Chair(wo)man and so among other things I took over the administration of our Facebook page and the organization of our yearly event (fly-in with little airshow). And so it came that an aerobatic pilot contacted us via FB to offer his participation in our airshow with his Pitts S1. I was so excited because I already knew this particular aircraft from other airshows, but I had no idea about the pilot. Of course, it was bound to happen – we fell in love – and life is so great when sharing it with a passionate pilot at your side!

To finally carrying the story to the peak, in March we bought a Piper Super Cub PA-19 from 1952 together with his Dad and I got the possibility to get to know and love taildraggers! …and hand propping 😉

BTW â€¦ I named her â€œBettyâ€ after Betty Gillies who was as far as I know the first pilot of the Women’s Auxiliary Ferrying Squadron which later turned into the WASP.

Dream taildragger: Our Cub of course 😉

Thoughts on taildragging: I am only at the very beginning of flying conventional gears, but in a strange and totally unexpected way, taildragging seems to suit me … The “foot-work” feels a bit like dancing and I immediately felt kind of familiar although usually I’m a scaredy-cat when it comes to flying 😉