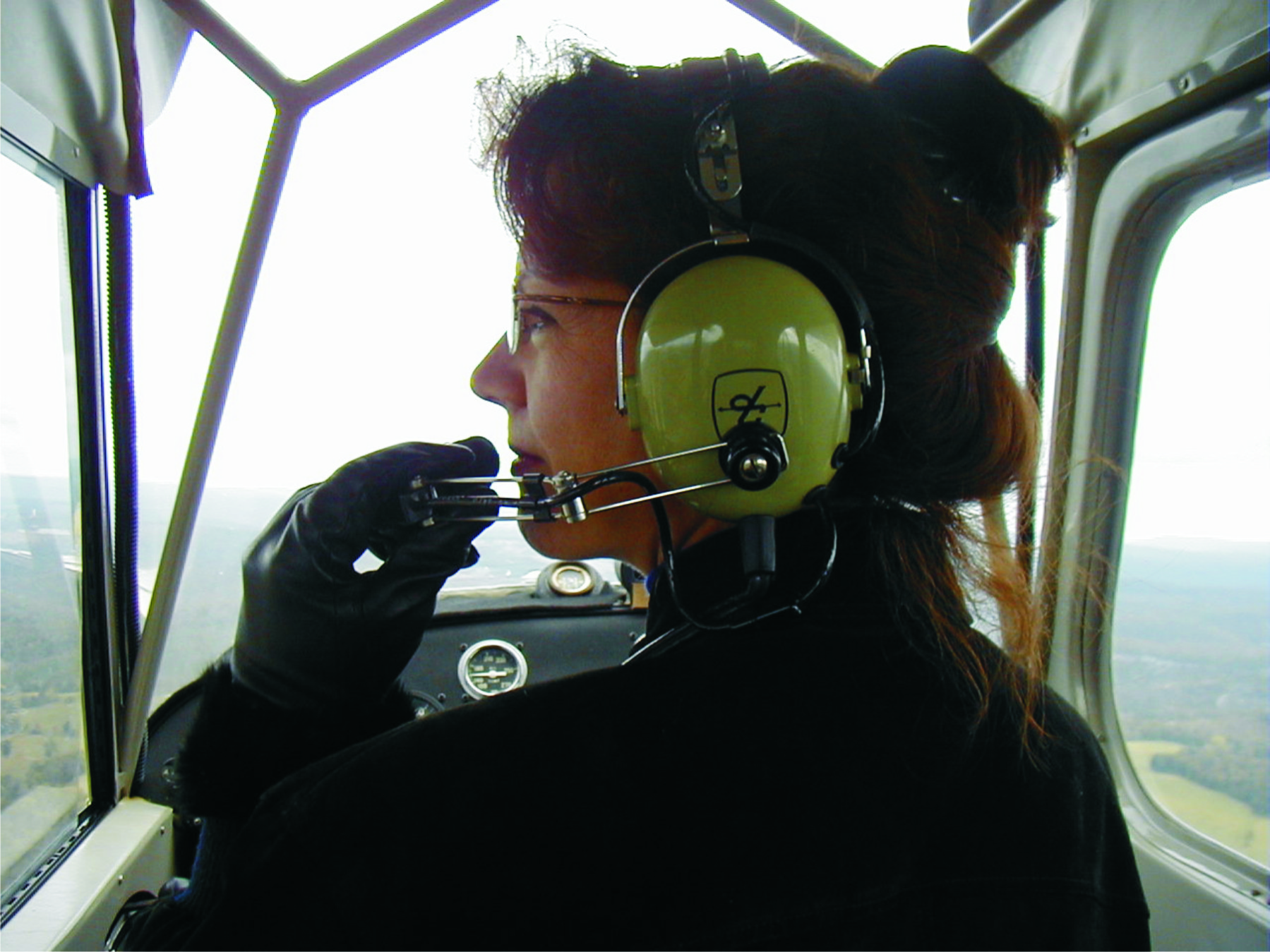 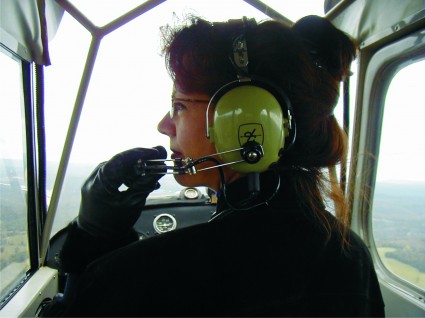 Taildraggers all the way!!

The 7AC Aeronca CHAMP is my fun airplane.Â  IÂ relax in aÂ Southwest seat twice a month for long trips.Â  My pilot training started on a “postage stamp wide” crop duster strip in, of course, a taildragging J-3 Cub.Â  Signed off to solo in only 4-1/2 hours, I never felt so free once in the air. What an awesome feeling. The scary part was getting to the point of solo.Â  Shortly after that I purchased the Champ and as I was flying it home one of the tapes started flapping in the breeze.Â  100 mph tape to the rescue!Â  A few more hours in the Champ and them it was on to a Cessna 180 for my private ticket.Â  The 180 was a fun plane to fly too.

For more excitement I logged an hour of PIC time in a hot air balloon.Â  You should do this if you’ve never been in one.Â  Also every man’s dream to get a seat in a P-51 Mustang…mover over men!Â  IÂ experienced what many people only dream of, a half hour flightÂ in the rearÂ seatÂ of aÂ real Merlin engine P-51 with a couple rolls and a loop along the way.Â  I am forever indebtedÂ to the P-51’s owner, who graciously signed my log book, and to an acquaintanceÂ for being at the right place at the right time. 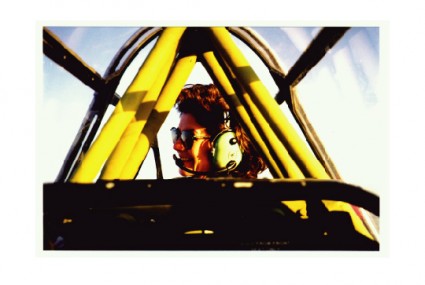 Also owned my own high performance sailplane (glider) for a few years and may still hold several soaring records in Arkansas.Â  Competent on both ends of the tow rope, I logged 100 hrs of PIC in the sailplane and many more on the lead end of the rope as aero tow pilot. Â I flew both my 100 hp Champ and a Piper Pawnee 235 for towing.

Another unique experience was the opportunity to sit in a real Russian MIG, though I didnâ€™t have the opportunity to go aloft, it was still awesome when you realize the history.Â  The Russian pilot and I had a good laugh at the stick-on compass he had adhered in the cockpit.Â  Obviously his first trip to an American 5 & 10 resulted in this impulse purchase!

So remember the Champ’s wings need recovering, right?Â  Well you can guess the rest of the story, once started where does one stop? Â It wasn’t long before I realizedÂ aÂ complete restoration was in order.Â  So off recovering, rebuilding, and restoring I went.Â Â 1-1/2 years laterÂ I made the long flight to Oshkosh form North Little Rock, AR.Â  Ok women, you’re going to love this picture:Â typical 95 degree, 95 percent humidity day at a rural NorthÂ Arkansas airport and aÂ young womanÂ handÂ proppingÂ a Champ which refused to fire.Â  ThenÂ two crop dustersÂ taxied up and each man climbed out theirÂ comfy air-conditioned aircraft and walked a safe distance toward me, not to help mind you, but to watch a woman prop!Â  Doubt they ever hand propped anything. 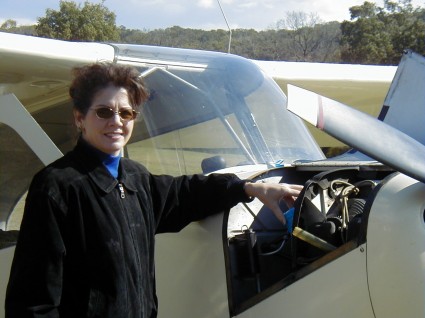 The Champ and I have flown solo many cross countryÂ hours with just a map and a compass, the old fashioned way.Â  We navigated West to Goodland, KS; North to Fargo, ND, East to Athens, GA, and South to NAS, New Orleans.Â  Shortly after the restoration I made the trek to Middleton, OH for the National Aeronca Association fly-in and met many Champ owners and beautiful Champs.Â One woman from upstate NYÂ IÂ lost contact with severalÂ years back…Helen W. where are you?Â  Also a nice man from Louisiana with two boys and two Redbone dogs camped under my wing for a while and are etched in my mind.

Still not having had enoughÂ restoration fun I had to do another complete restoration, this time on the Pawnee to get rid of the “crop duster” smell. Believe my fingers are still sore from rib stitching. For more flying fun I made an aero tow in a Mexican owned Piper PawneeÂ for an airshow in Torreon, Mexico.Â  That was quiteÂ an awakeningÂ flight as I experienced mechanical failure upon landing.Â  The crowd lineÂ was dangerously close to the runway with little regard for spectator safety.

My non-pilot husband loves me to take him flying, especially to fly-in lunch locations.Â He enjoyed his longest cross country flight in a small airplane flight from Central Arkansas to ourÂ new home South of Houston by way of Galveston.Â  Â He loves our new DC headsets, radio, intercom and anti-fatigue seats; thought he’s still looking for in-flight cocktail service! Â I also serve on our airports fly-in committee.

My next goal:Â  anyone have any connections with a blimp?Â  I’d love to get a flight in a blimp. Â Iâ€™m not a rating collector and donâ€™t particularity enjoy aerobatics, though I do enjoy adventure.

Keep in tough,Â I may make another long cross country later this year.