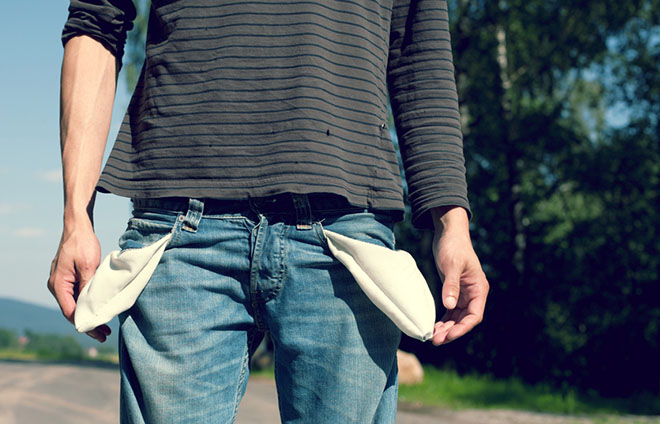 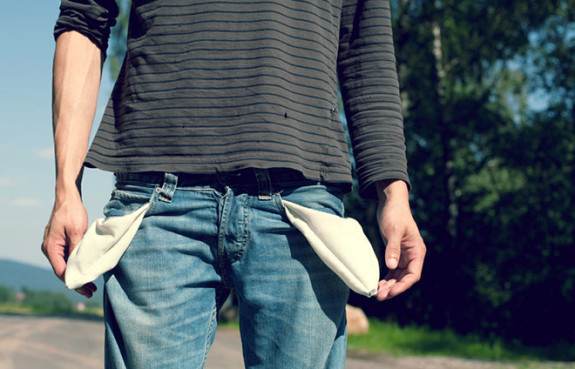 Resourceful: Vlad Karpayev is Russian, born in a small town in Siberia in the mid 60’s. He is smart and, as a student, was recommended for aviation school. He was soon flying Su-24Ms (1988 – 1993). Politics and life changed everything though. Single, age 37, he immigrates to NYC just a few months before 9/11. “I decided to come to the U.S. because under U.S. law everybody is equal.” Vlad, a passionate pilots, gets a union job making average wages and starts researching homebuilts that have a proven track record – something that can be built in a NYC studio apartment. The RV-9A is chosen and work begins. Working alone, bucking rivets and aware of the noise level on the neighbors, it’s difficult, but not impossible. Money is a problem but the plane progresses and is moved to a car sized garage in Jersey City and completed. Aircraft has been flying since 2011 and is based at Princeton Airport, NJ.

Cool:Â  I came across some images of Vlad’s GPS plots and got very interested. It’s obvious he goes to great lengths to come up with interesting ground tracks but how difficult is it to execute? Click through this slide show and you’ll see a hammer, wine glass, wrench, star & a bottle. 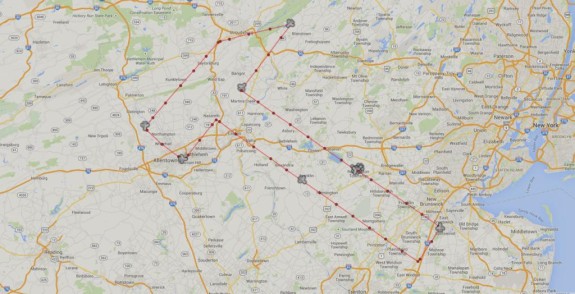 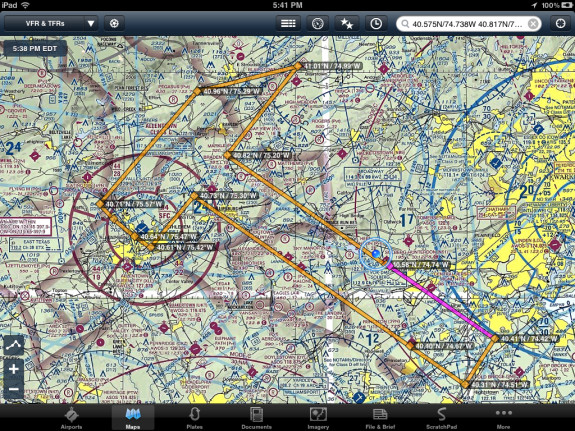 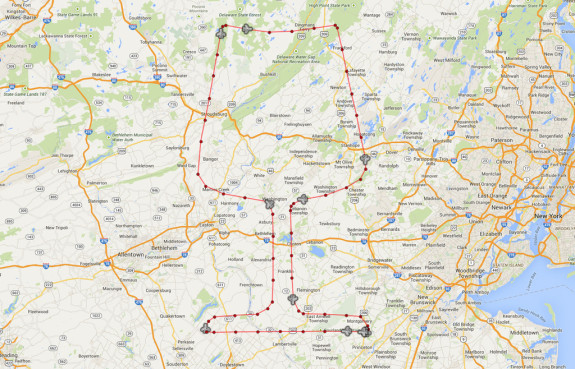 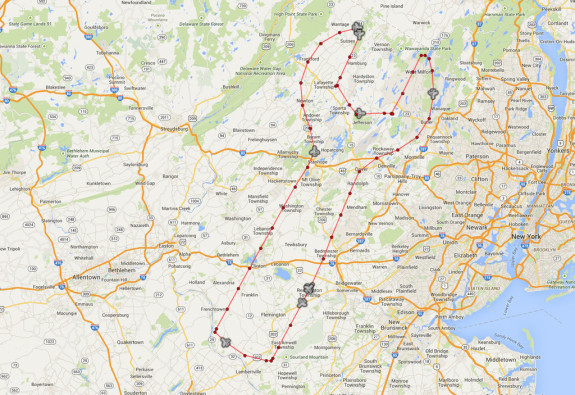 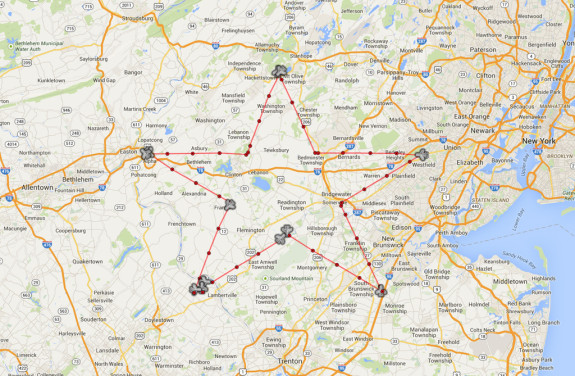 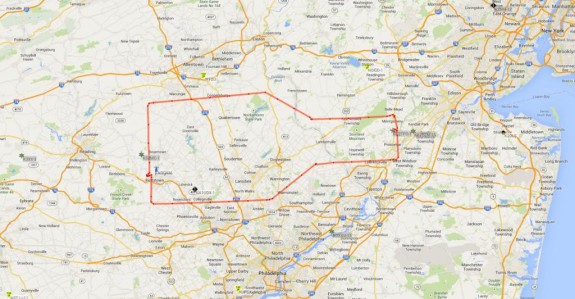 OMG, this is so cool. I contacted Vlad and he was nice enough to share how he does it.

“Ground tracks are plotted manually on iPad using ForeFlight. I am not a good artist so I use symbols on sectionals and connect them (VOR circles, airspace boundaries, lat/long lines etc). Takes me a while to “finger” something. The challenging part is to fly plotted track. We have a lot of traffic here and some controlled airspace.”

“How it gets on the Google map in real time? It’s a bit of technical – I have an APRS tracker in the airplane which uses ham radio band. It programmed to beam every minute in straight and level flight and every 5 seconds in turn. To force an extra beacon to lay a corner sometimes requires “cheating a turn”. You just start momentarily turn in opposite direction then sharp reversal to get those 5 seconds in turn forcing beacon transmit. Sometimes it works sometimes not.”

Thank you Vlad. You are one resourceful and cool….and I’m delighted to say, American pilot!