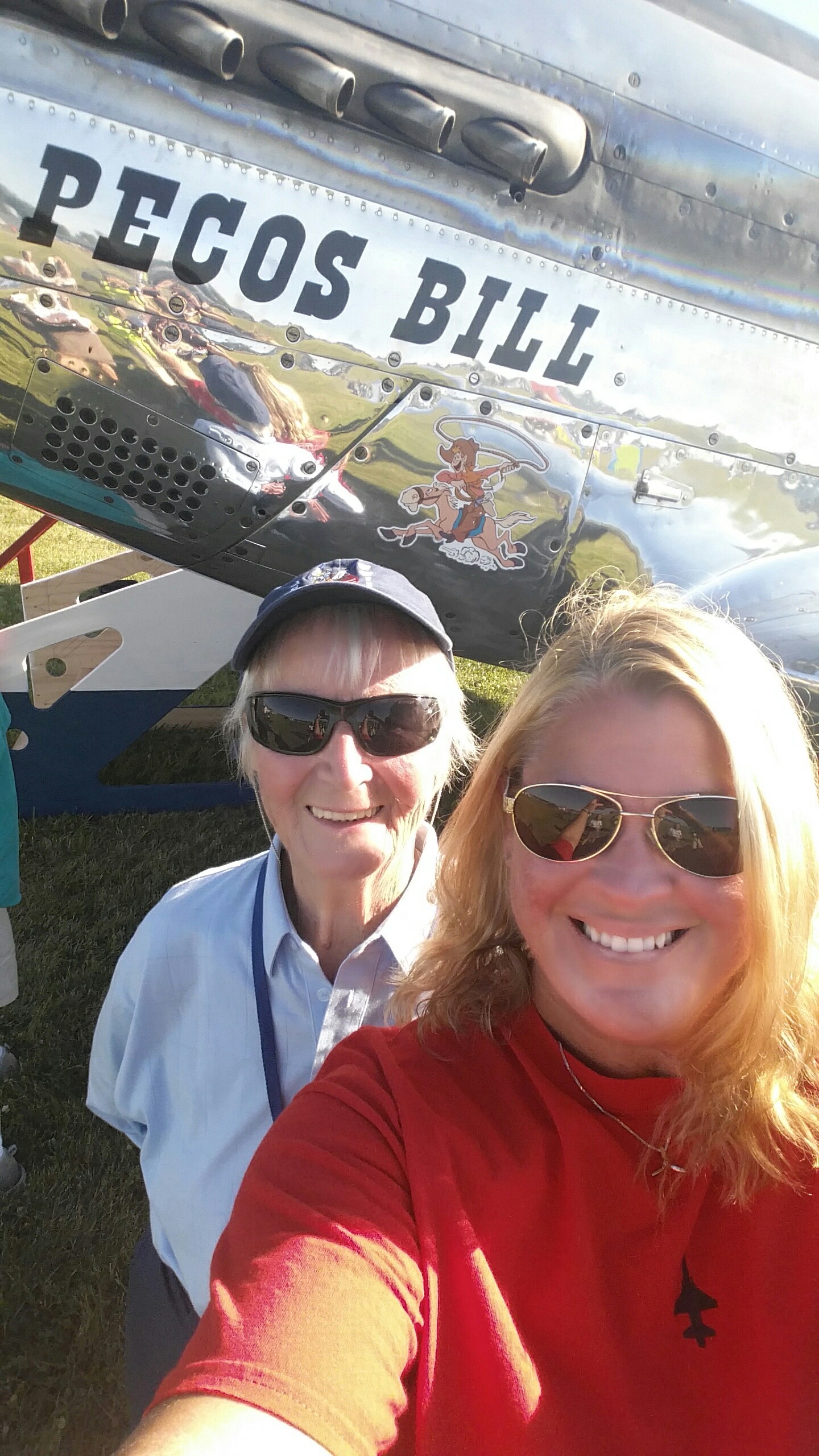 It’s all good at OSH today, Wednesday, early enough in the week I’m still winding up! Two high-impact, incredible aircraft of note this week are the Mars Martin water bomber and the Spartan Executive. There are EIGHT Spartans parked in a beautiful, single line in Vintage. 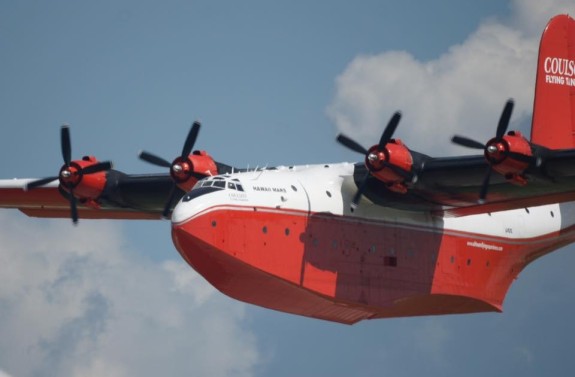 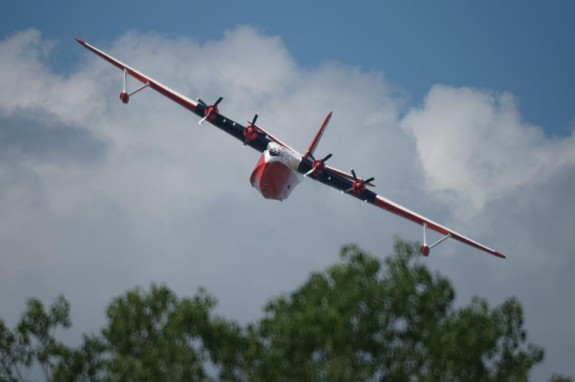 Eight is the most Spartan Executives together in one place, including the factory where they were made. 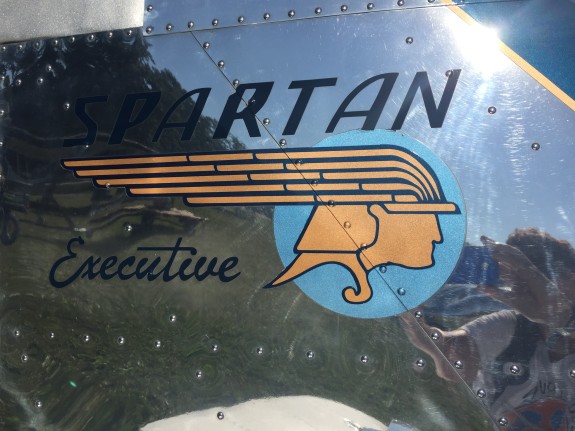 This is the 80th anniversary of the type – only 34 were ever produced. 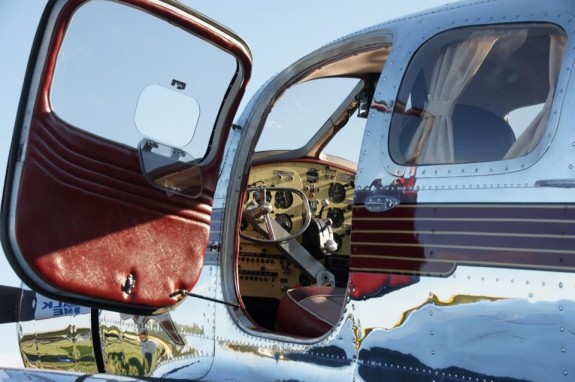 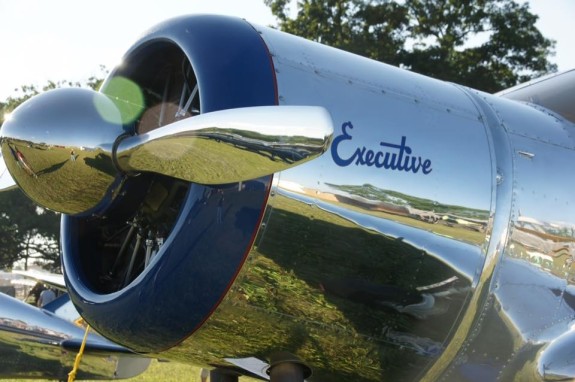 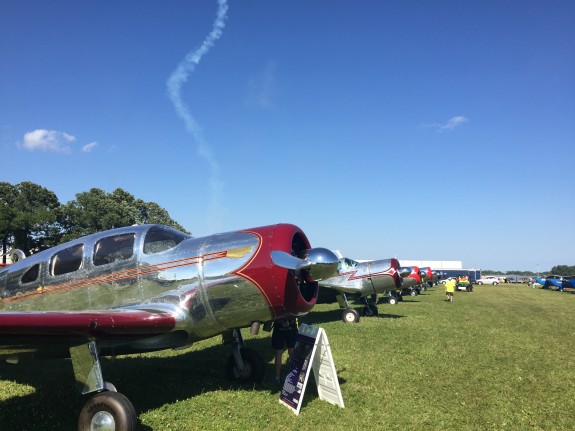 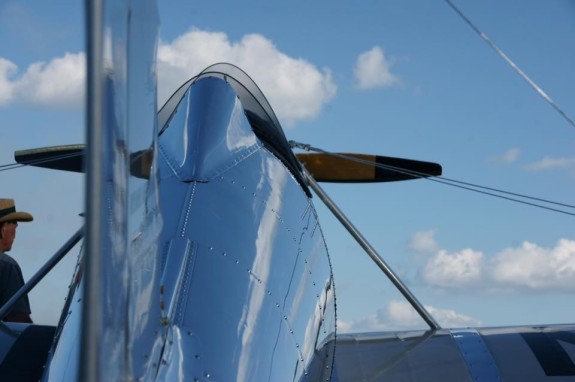 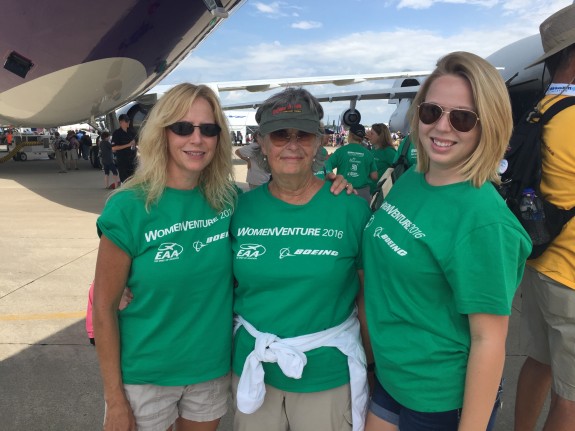 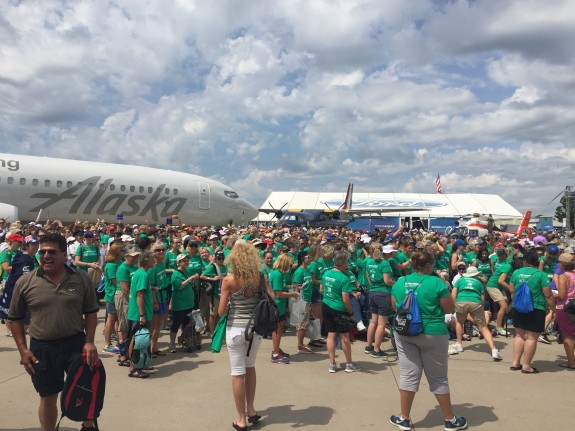 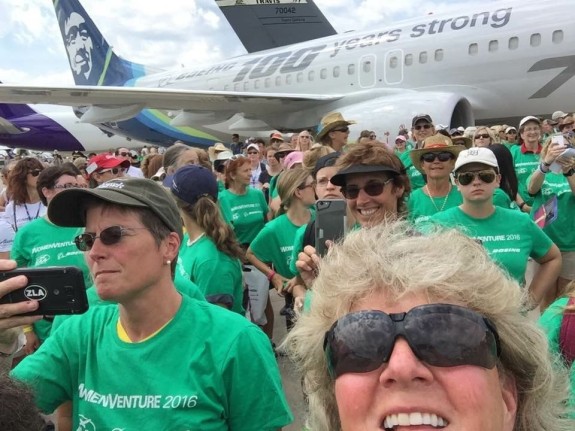 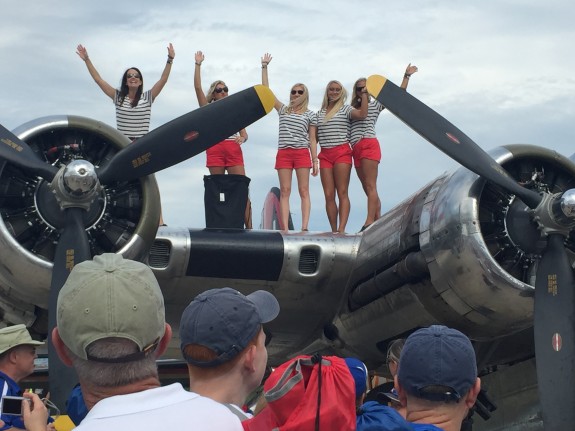 For once, something on top of a B-17 was getting more attention than the great old bird! It cracked me up. There are 2,000 women pilots 50′ away but that’s not what these guys are interested in. 🙂 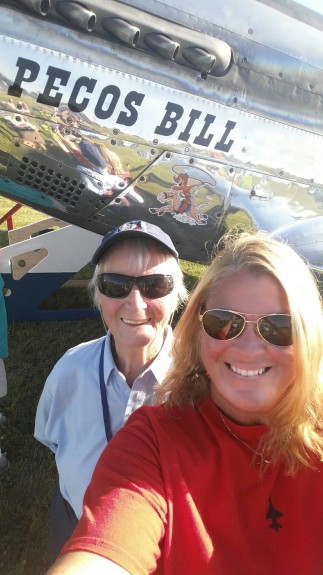 This North American P-51 Mustang is owned by Cowden Ward; Flying to Honor – Flying to Remember. They are providing our WWII veterans a rare opportunity to fly.

Pecos Bill, a P-51 Mustang D model, was built in 1944.Â  Never saw combat but served in the Air Force reserves before being sent to Canada. In 2012, Pecos Bill was bought by and is piloted by Cowden Ward as this amazing warbird became part of Freedom Flyers. “Pecos Bill” is now flown at airshows and aviation events around the country providing World War II veterans a once in a lifetime opportunity to fly in this legendary aircraft.

We welcome all WWII veterans to take advantage of this unique complimentary opportunity. Our way of saying “Thank You for Your Service”. 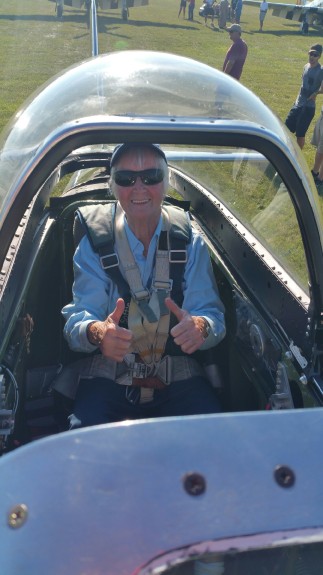 Shutsy Reynolds was fired up and ready to take the control of a P-51 once again, one of many aircraft she ferried during WWII. 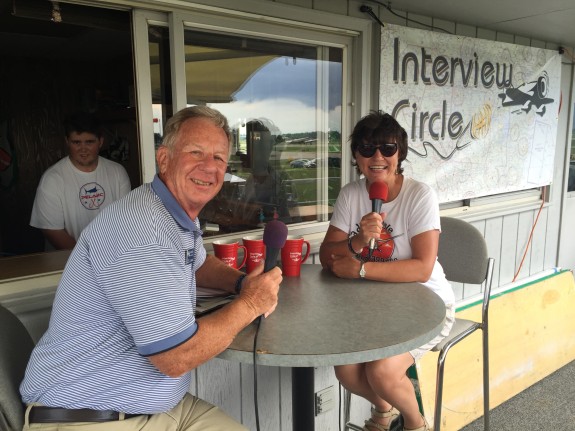 I made it through my live interview with Wayne Flury shortly after noon, just as a dark, windy thunderstorm was hitting the north end of the field. 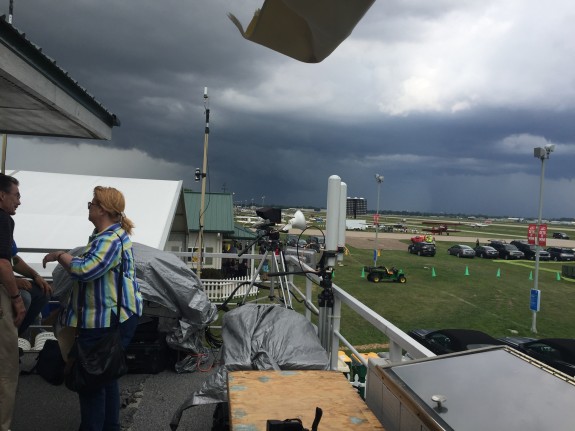 On the elevated deck at show center, the wind was blowing and occasional drops were starting to fall. Just before my interview, an excited group of EAA personnel appeared and their announcer took the mike to warn the crowd a significant thunderstorm was about to hit. Oh, bad timing for me!! I couldn’t wait to get going myself and run back to Homebuilt parking and double check on my bird. 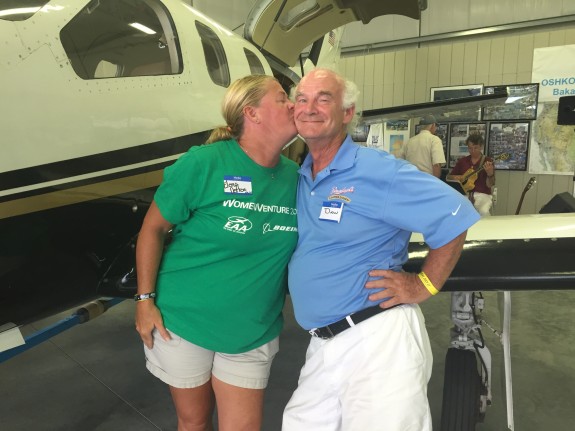 And not too shabby finishing the day at a private hangar party on the northeast side of the field. Our host, Dan McElory, looked pretty happy with a special thank you from Elana DePree.