What a fun way to fly — surrounded by yellow Cubs! Thank you to Vanessa Jump Nelson from Oregon for showing us how to have a great time! 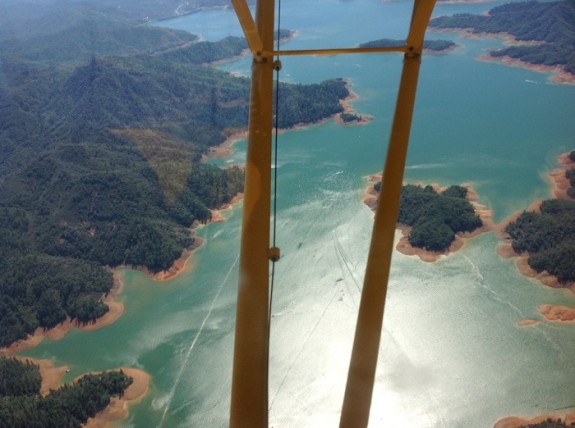 Over Lake Shasta, flight of five Cubs flying from Independence, Oregon to the West Coast Cub Fly-in at Lompoc, California.

My annual complete, I took my husband with me and we are part of a flight of five yellow Cubs that left Independence OregonÂ Monday morning, arriving on Lompoc, California Thursday afternoon. 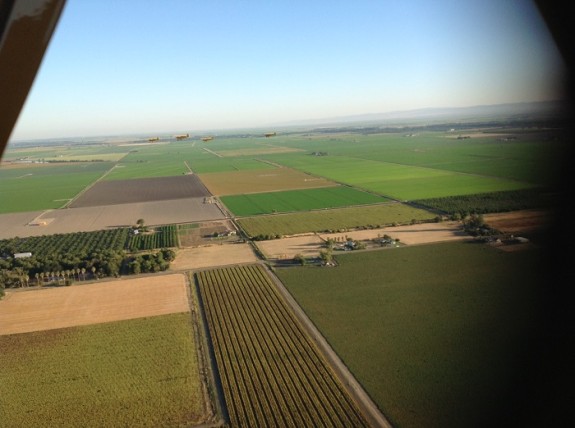 Three Cubs (two J3’s and a PA-11) are from Independence, I’m from the Portland area (J3), and our fifth Cub (J3) is another lady Taildragger, KathrynÂ Perry, and her young daughter, from Sultan, Washington.

One of our group, Kyle Koshman, is originally from a rice farm in Sacramento. He now has his father’s PA-11 that he was flying with us from Oregon. We landed at his family’s dirt airstrip and they hosted us overnight.

It’s been a fabulous adventure and the fly-in only just begins today!

Five thirsty yellow Cubs at Yolo Airport. Yolo Traffic….flight of five Yellow Cubs. Made for quite a radio transmission. 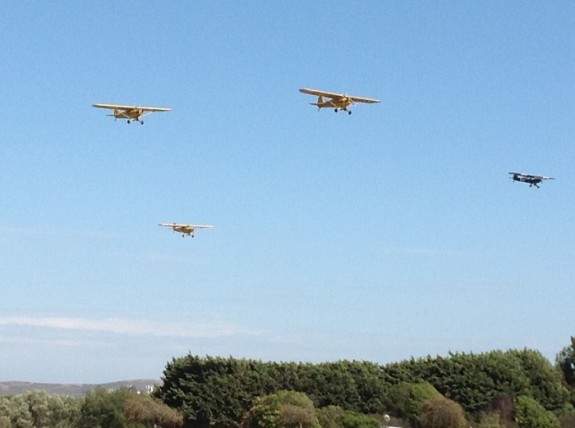 On the ground watching even more Cubs arriving at the Cub Fly-in.