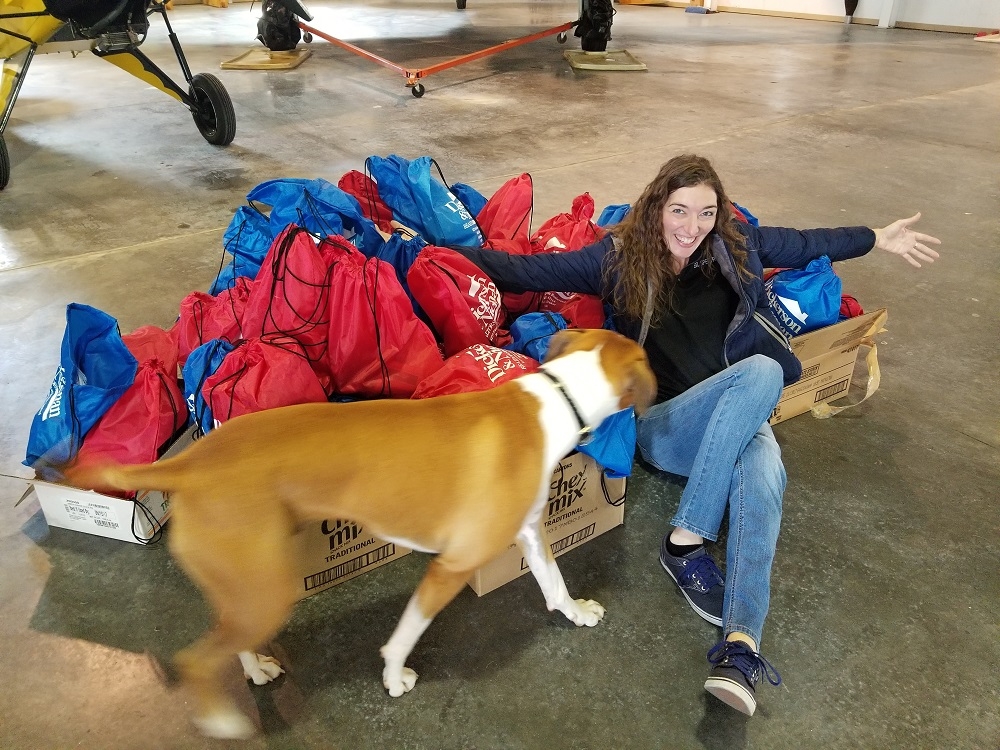 What a fabulous time Kate and I had making our way to the LadiesLoveTaildraggers Fly-in! We’re here at C77, Poplar Grove Airport, west of Chicago with my bird all tucked in, tied down outside for the night. Flying out this morning, I opted to skip our intended refueling/breakfast stop which was sitting on the edge of a low cloud bank. Instead we landed at KIKK, Kankakee, Illinois and felt right at home slipping in behind a Citabria shooting touch and goes on runway 04. 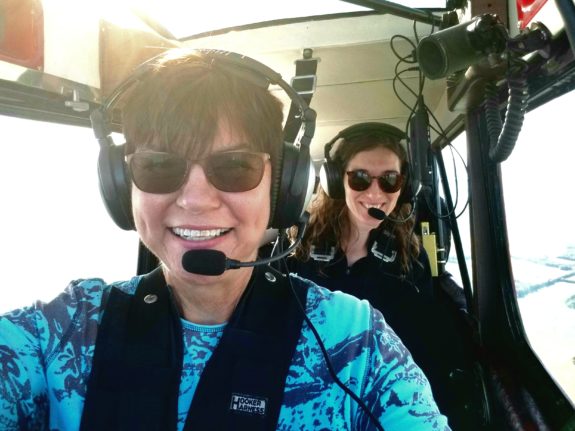 Sunlight flooded our selfie inside my Decathlon, just like outside. We buzzed along low taking in all the sights, corn fields and bean fields mostly! Fantastic visibility and smooth in the early a.m. 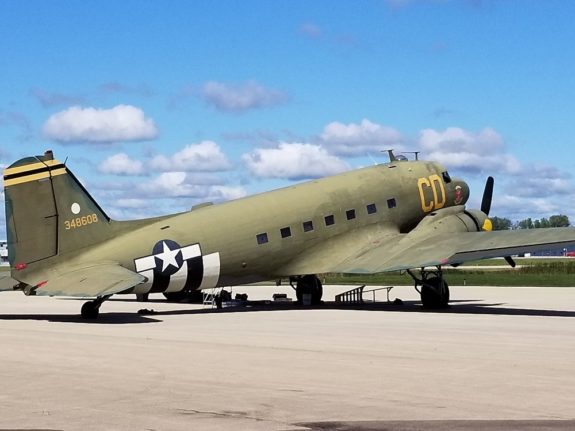 I’ve been to Kankakee before, usually waiting out weather to or from OSH. I’ve seen some interesting taildraggers sitting on the ramp in the past but never have I seen a C46 (DC3) with an engine torn down like a sitting duck. 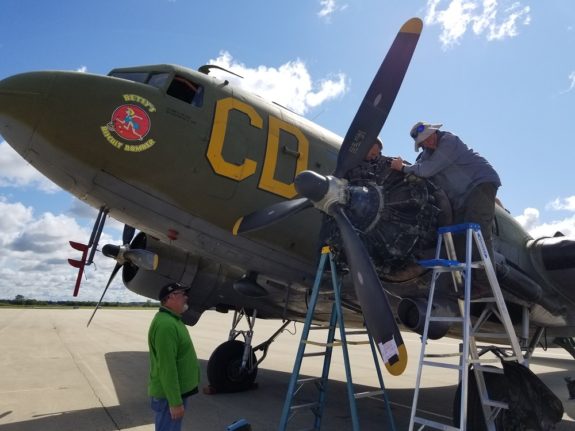 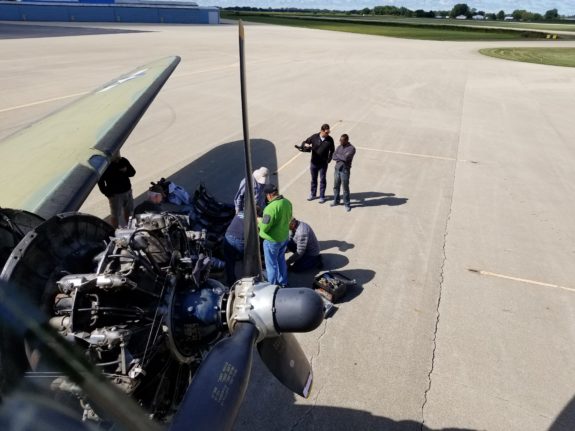 The aircraft was on the first leg of its return flight to California from the Thunder Over Michigan Airshow at Willow Run Airport, MI. Â Nearing Kankakee, flying at 1700′ AGL the left engine shook and was losing oil. They pulled the power back, set up for a landing at KIKK and landed without incident. 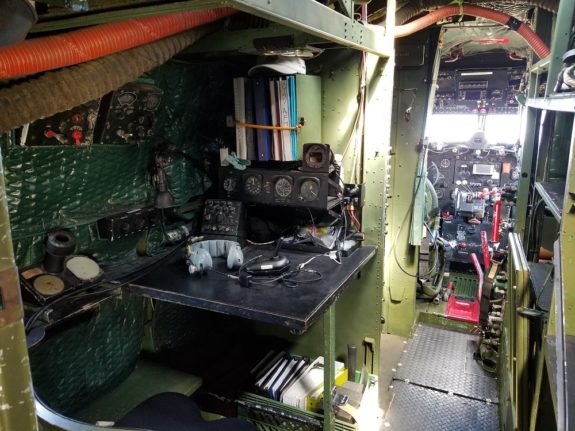 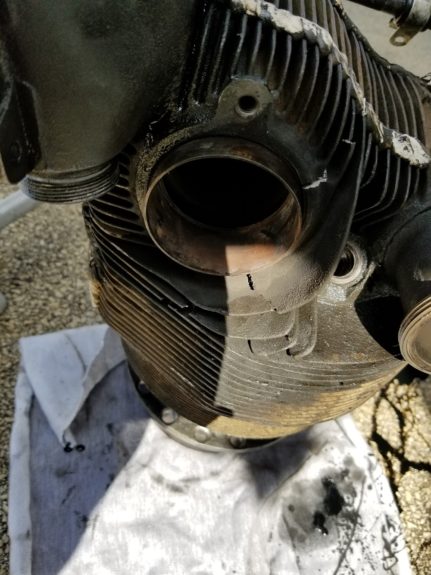 This cracked cylinder was the source of all the problems. 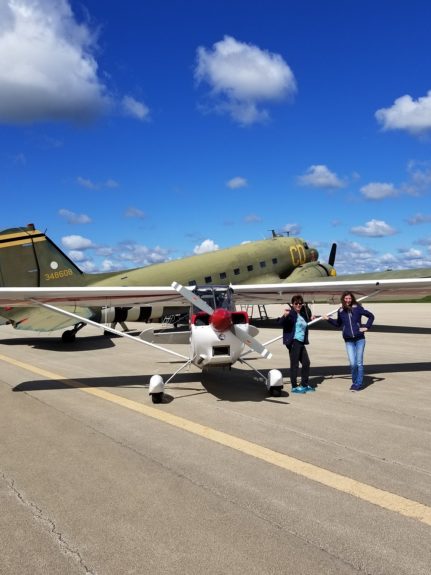 With an 8 member all-male crew aboard, many of which were A&Ps or I/A’s, these guys were on it. They spent one night at KIKK and were anxious to get it fixed. Â I expect they were airborne again shortly after Kate and I departed – but not before taking full advantage of one fine photo op! 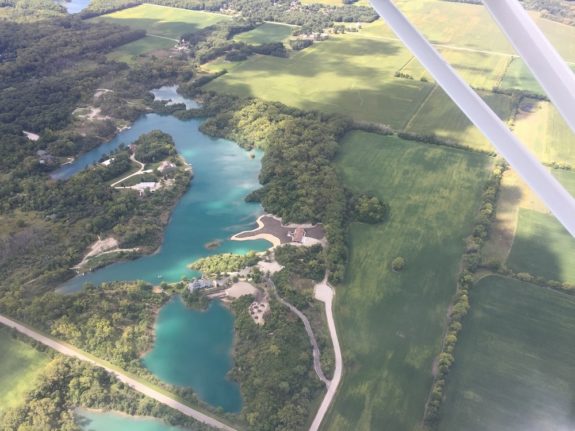 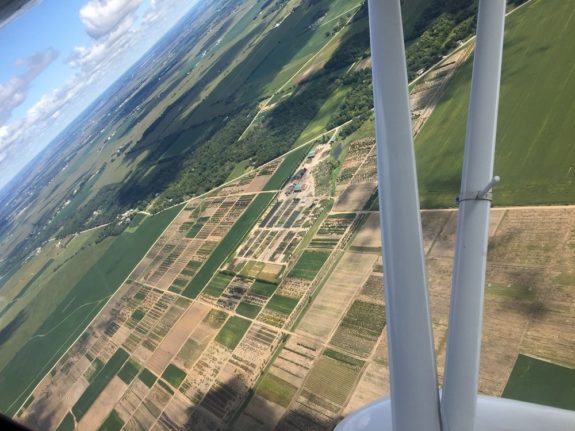 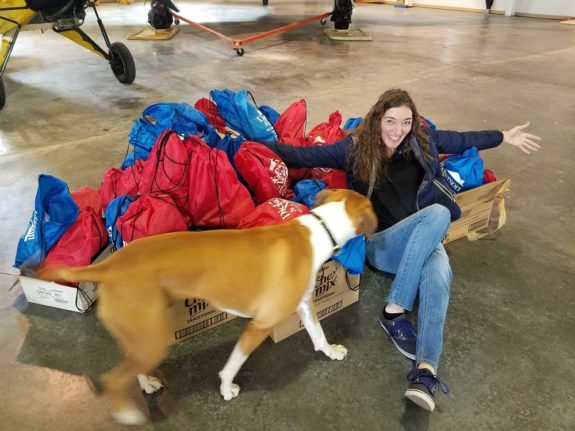 OMG, ladies you better get here! The C77 Planning Committee has been hard at it for months and have pulled together some amazing things. The GOODIE BAGS rock, as Kate proves. They are stuffed with cool stuff for pilots and food junkies! This is just a fraction of the bags packed and ready to be handed out to all lady pilots who make an appearance at the LLT C77 Fly-in. 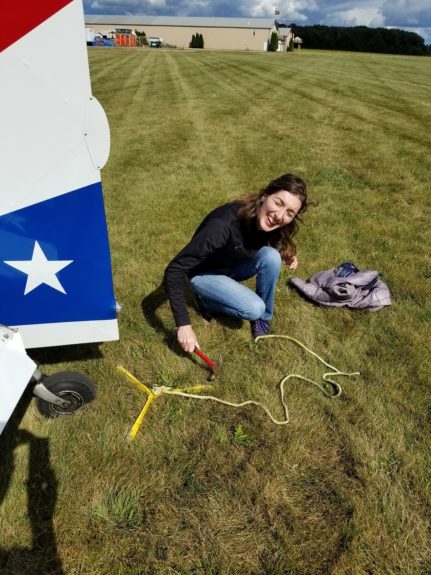 It was a dual effort pounding the stakes in tonight but we got the job done. 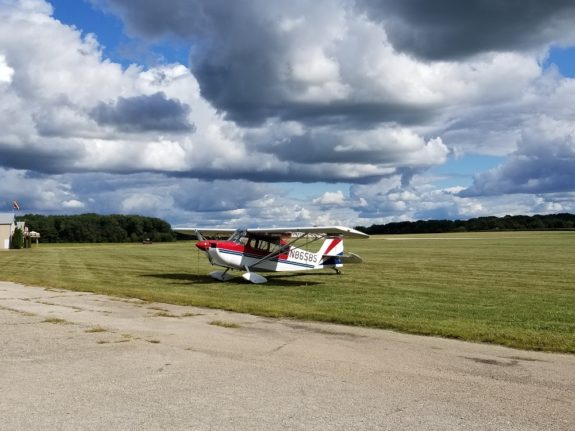 Get here soon to keep this lonely bird company!